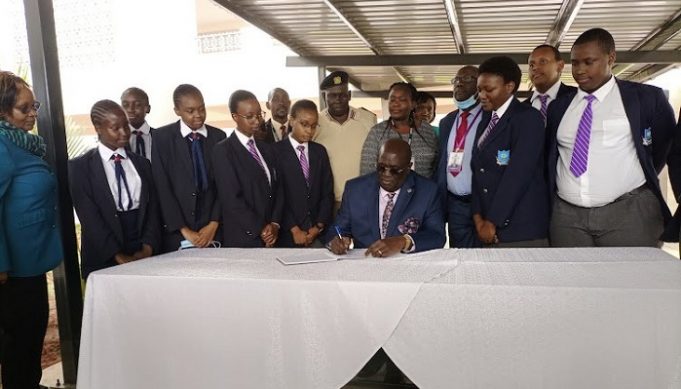 He said the ministry is working on a plan to launch a foolproof National Education Management Information System to end perennial corruption, especially among schools and administration units.

Magoha said Kenyans are currently not getting value for money, especially under free education, as cartels have re-engineered Nemis.

“We are going to have Nemis that will have data which can’t be changed, this will stay even in transition. We can’t have a system where before money is sent, the number changes,” he said.

Magoha said 25.9 per cent of the budget goes to the education sector, an amount he said is sufficient, “but the problem is getting value for money which is affected by corruption”.

He said since taking charge of the ministry, he has been sealing corruption loopholes and the new Nemis is one of them.

“We will have a Nemis which nobody can enter and change figures, we will have a consistent number of children in schools,” Magoha said.

He was speaking at Kadika Girls Secondary School in Suna East constituency where he checked the progress of Competency Based Curriculum classrooms in schools.