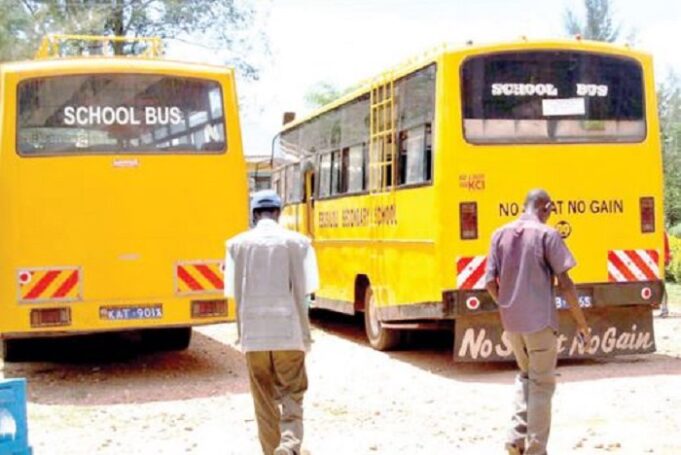 Magoha To Be Summoned Over Ban On Hiring Of School Buses

A section of legislators has sworn to summon Education Cabinet Secretary George Magoha over his ban on hiring of school buses for private functions. In almost all cases, the school buses are usually hired by those attending funerals or weddings at a fee. Hiring of school buses therefore is an income generating activity for most schools, both in towns and in villages.

Seven MPs from have maintained that CS Magoha has no control over the buses because most of them were bought through the Constituency Development Fund (CDF) and not input from the ministry. They MPs have asked Magoha to stop engaging in school bus discussions as they have not seen his input in the matter.

Momanyi said the Education and Research committee, in which she serves as a member, will summon CS Magoha to explain the ban.

“When we resume our sittings, the Education Committee in which Prof Ogutu and I sit will demand explanations from the CS,” said the Nyamira woman rep.

Momanyi further said that the proposal to have ministers drawn from the political class as stated in the Building Bridges Initiative will help tame such “poor” policies.

“We want ministers to be politicians because Magoha would have understood better what these buses mean to the community,” said Momanyi, who has bought more than 20 buses.

“The CS is speaking from an uninformed point. We are opposed to such policies which are oppressive to the community,” said the North Nyamoko.

Miruka argued that the eight buses he has bought through the CDF and belong to the community since in some cases, fundraisers were conducted to procure the buses.

“Our communities have benefitted a lot from these buses so it is not wise to ban them from using them,” said Miruka.