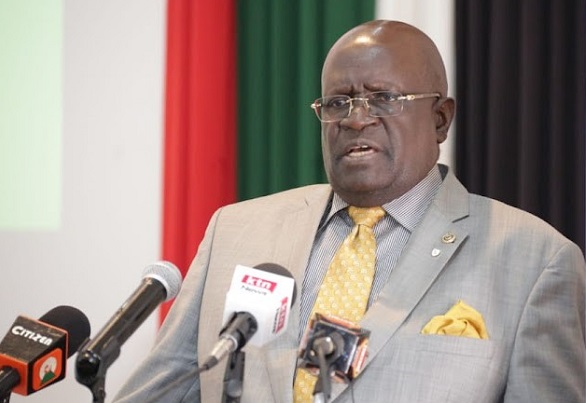 Education Cabinet Secretary Prof George Magoha has called for an increase in university fees from the current Sh16,000 per year.

The outgoing CS said the amount that was set years ago has since lost value.

He also said only needy students should be funded by the government and asked the new government to come up with a sustainable funding model.

Should the Ruto administration implement Magoha’s proposal, students from rich families will pay more for their education in public universities in the latest push to ease a biting cash crunch in the institutions and cut reliance on the Treasury.

Earlier, the University Funding Board (UFB) had launched push for a cut on government funding for children of the rich at universities.

School Heads and TTC Tutors to Be Trained on CBC

We are Seeking Land to Build More Schools, Ruto

The review by UFB will also affect government-sponsored students in private universities who receive at least Sh70,000 annually depending on the course they are pursuing irrespective of their income status.

The government is expected to pay 80 percent of the cost of degrees per student under the current funding model, with the learners in public universities paying about Sh28,000 annually. The funding board, with the backing of the Treasury and university vice-chancellors, wants the allocations reviewed to reflect the students’ income status.

Public universities have come under financial strain in recent years as a result of rapid expansion amid lower State funding and a sharp fall in enrolment on self-sponsored programmes after the government opted to fully fund students scoring the minimum C+ entry grade and above in the Kenya Certificate of Secondary Education (KCSE) exams.

Students enrolling for the parallel degree courses had over the years generated billions of shillings for the institutions because they pay the full cost of programmes that top over Sh600,000 annually for those like medicine.