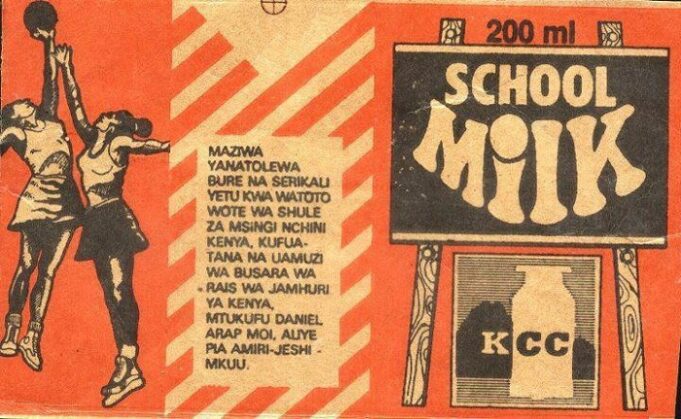 A Bill has been tabled in the Senate seeking to provide free milk to all pre-primary and primary school going pupils in the country. The Bill that will soon be tabled in the Senate for a second reading by Senator Beatrice Kwamboka, says the free school milk will improve nutrition. The Basic Education (Amendment) Bill was read for the first time in the Senate on May 11, 2021. It is currently under the Senate Standing Committee on Education which invited the public between May 13 and May 28, 2021 to give their views before tabling of the final document for the second reading.

“The National Government shall in consultation with County Governments and, in a bid to increase school enrolment and to ensure the nutritional wellbeing of learners, provide milk to learners enrolled in pre-primary and primary schools,” reads the bill.

Public Primary Schools had the highest number of enrollment of 8,454,606 leaners in 23,286 schools while Private Primary Schools had 1,617,434 leaners in 9,058 schools. “School milk programmes not only positively contribute to the growth of the dairy sector, but they also improve nutrition and increase school attendance,” noted Senator Kwamboka in the bill’s object statement.

Kenya Primary Schools’ Heads Association (KEPSHA) National Chairman Johnson Nzioka, who is also head teacher Donholm Primary in Nairobi supported the move, adding that the programme will be of help to learners notably those from poor backgrounds. “Anything which assists the children and especially those from poor families will be most welcome, and I think milk is a good way of enhancing nutrition of the children, so I would be wholeheartedly welcome to the idea,” said Nzioka.

If Senators pass the bill, the County Directors of Education will be mandated to supply the milk in their respective counties and also guarantee farmers market for their milk products. “The schools taking part in the programme provide a guaranteed market for milk for smallholder farmers, who produce about 80 percent of Kenyan milk,” added Senator Kwamboka.

The free school milk programme, popularly known to many as ‘Maziwa ya Nyayo’, was introduced by the late President Daniel arap Moi in the 1980s until around 1992. The milk came in triangular packets and mostly distributed to pupils at lunchtime, and the milk was distributed once or twice a week depending on the school. The tactic worked brilliantly in promoting education between 1980s and early 1990s where pupils would go to school not because of thirst for knowledge but for ‘Maziwa ya Nyayo’, and in the process get education.

It was reported that within the first year of the launch of Nyayo milk, pupil registration, especially in rural areas rose by more than 23 per cent. The programme introduced by Moi was later cancelled after it proved too costly and unsustainable for successive governments. “The Cabinet Secretary may, by regulation, prescribe the criteria for the supply of milk to schools and the implementation of other school feeding programmes,” reads the bill.

Speaking to Education News recently, Chairman Kenya National Parents Association Nicholas Maiyo supported the bill adding that it will improve enrolment in schools and nutrition of school going leaners. But he also urged the government to streamline its distribution to reach arid and semi-arid areas and other inaccessible places. “During the administering of national examination, the government uses choppers to distribute papers to inaccessible areas, it can also use the same during distribution of milk to ensure all leaners benefit,” said Maiyo