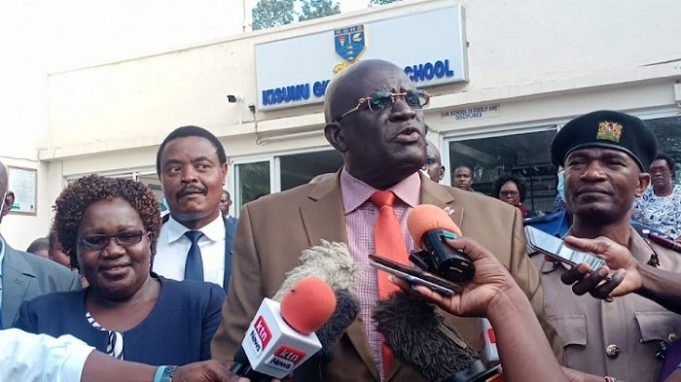 Education Cabinet Secretary (CS)Prof George Magoha has said the government will from this week audit schools to identify students who are yet to join Form One for whatever reason.

Magoha said the move is aimed at ensuring that all students who have received admissions to secondary school secure their chances.

Speaking at Kisumu Girls High School where he went to monitor reporting, the CS said the provincial administration at all levels should ensure that all form ones reported to their respective schools.

Magoha said they will move down to the village level in order to mop out those who are yet to repot to school.

He said no child should be turned away due to lack of school fees.

“School heads should accept whatever amount any student reports with for form one,”he said.

He warned that no student should be prevented from registering for both the KCPE and KCSE examinations.

Magoha said the government pays exam fees for students in both public and private schools, adding that parents should be discouraged from changing schools as all learning institutions are the same.