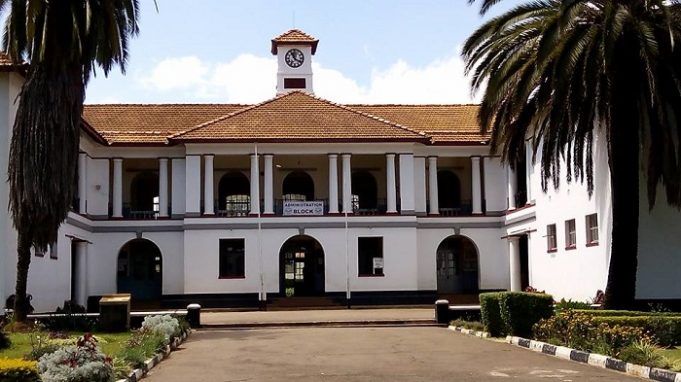 A top class of its kind, Moi Girls’ High School is one of the most sought after institution for admissions. Located just outside the CBD of Eldoret, Kenya, Moi Girls’ High School – Eldoret (The Highlands School, until 1978) is a top national girls’ boarding school established in 1928. It is  managed by the school’s Board of Management appointed by the Ministry of Education of the Republic of Kenya. It is a Christian non-denominational school.

Moi Girls’ High School – Eldoret has a long history dating back to 1928. It was first established the as a European Primary School to cater for the children of the British and Boer settlers in the then White Highlands of Kenya. The primary school was later renamed Highlands Primary School.

In the 1930’s, the school was moved across the Sosiani river to what is now Hill School. The need for a girls’ high school for the white settlers in Eastern Africa saw the founding of the present school. It was opened in 1954 with the name New Girls’ High School, as an extension of The European Girls School (The Kenya High School). The school was later renamed The Highlands School.

Most of the school buildings were put up between 1952 and 1957. However, the oldest structures are the ones currently accommodating the Music and French departments and were constructed in the early 1930’s.
The Highlands School triumphed both in academic and sports since the 1950’s and 1960’s.

After Kenya’s attainment of independence and self rule in 1963 and 1964 respectively, the school experienced a decline in number of students because the settlers began relocating to other countries. So In 1965, the first African students were admitted to the school through the government policy of integration. New members of the Board of Governors that were appointed included the first Africans who in turn elected Hon. D. T. Arap Moi as the school board chairman. The school had him as the chairman of the board since then till 2007 when he formally retired.

In 1978, the school had its name changed from ‘The Highlands School’ to ‘Moi Girls’ High School – Eldoret’. This was done in honour of the long serving board chairman who had then risen to become the president of the Republic of Kenya that same year.

To Be The Premier National School For Girls.

To provide high quality education, nurture talent and innovation and to develop leaders for the 21st Century

The students, here, are exposed to a wider range of Co-Curricular activities that include:

The school has fifteen active clubs and five societies. The school programme has alternate Thursdays from 4 to 5 pm set aside for club activities and meetings. This is when when club meetings are held. All the students are encouraged to join at least one club and one society.

The main aims of the clubs and societies include the following:

To do research for knowledge and information

To render services to oneself and society

To provide an avenue for socialization

To help students develop and exploit gifts and talents.

The Legion of Mary

An academic giant, Moi Girls’ High School has maintained top spot in performance at the Kenya Certificate of Secondary Education, KCSE. In the 2017 exams the school registered 274 candidates who managed a mean score of 9.3486 (B+ plus) with 270 clinching university slots. During the 2018 KCSE exams Moi Girls’ High School was at it again; stringing another good performance. The school had 214 candidates who scored a mean grade of a B+ (plus); with a performance index of 73.333. In the 2019 exams the school had a candidature of 351 students.