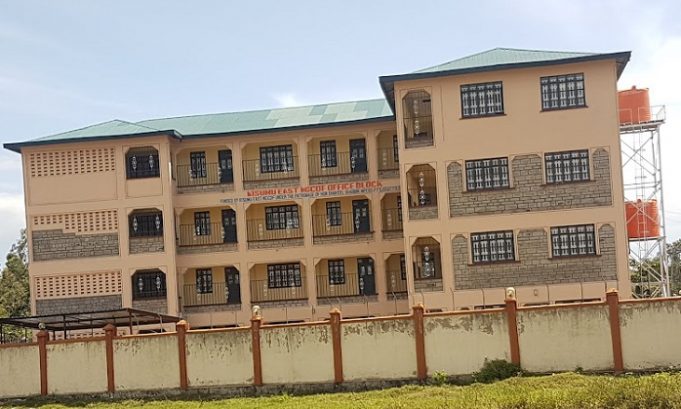 MP Plans To Transform NG-CDF offices into a High school

The ultra-modern National Government Constituency Development Funds (NG-CDF) office which houses Kisumu East Member of Parliament Shakeel Shabir is set to be a fully-fledged secondary school. Kunya Shakeel secondary school is expected to be operational early next year. Speaking in Kisumu, Shabir said the complex has 16 rooms and that the offices will pave way for a secondary school next to Kunya Primary School which is located nearby. ‘The two schools will share a playing field.

Former Kibos Mixed Secondary will now be the first girls’ school in Kisumu East constituency,’ He said. He added that President Uhuru Kenyatta on Mashujaa day had reiterated on the need for 10,000 additional classrooms to cater for increased student populations in schools occasioned by the transition from primary school to junior secondary. The MP said that the head of state appealed to all MPs to dedicate resources towards the construction and availment of classrooms through the NGCDF committees. “There is also great societal demand that I should build a suitable secondary school in Kunya because there is great need for a secondary school in the area” he said.

The former Kisumu Town mayor, who is serving his third term in office, said that Kibos Secondary school which was a joint economic stimulus programme and an NGCDF Kisumu East project was originally envisaged to be a girls’ boarding school. He revealed that his administration has over the years developed facilities at Kibos Secondary School and that they will soon complete the construction of the dormitory, teachers’ houses, a large dining room and a laboratory. He added that the management at Kibos had agreed to subject the approval of the school to the Ministry of Education and for the required community participation.

‘The complex will require minor adjustments to allow for 3 classrooms, 2 laboratories, 1 staffroom, the head teacher’s office and administration offices.’ he said. Shabir said the building has all the required facilities as is fit for a national secondary school. ‘The land title, which is under the NG-CDF, can be transferred to the treasury via the Ministry of Education to the management of Kunya Secondary School,’ He said. He added that the proposals have been sent to the Kisumu County Director of Education Mr. Isaac Atebe. The MP divulged that Shs 10 million has been set aside for disbursement of bursaries to university students from the area.