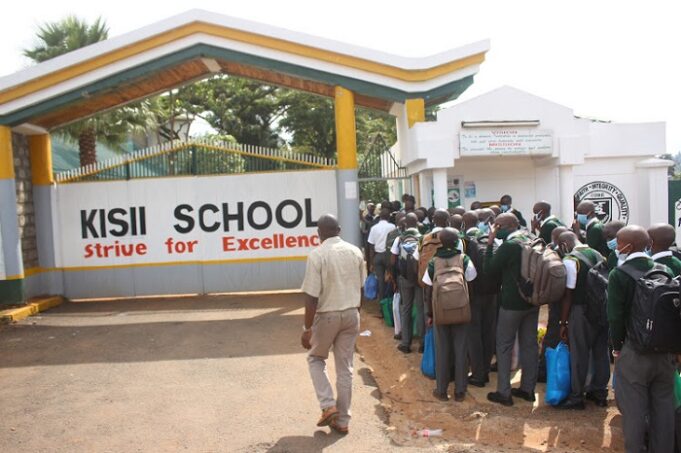 Based on the massive enrollment of Form One students this week, legislators have questioned the preparation of secondary schools regarding accommodating the surging numbers caused by the 100 per cent transition policy.

According to The MPs, learning conditions in most schools are pathetic and most of the schools cannot accommodate large student populations. They are now blaming the government for failing to address infrastructure challenges in schools.

Having the deadly Covid-19 Delta variant threat on their minds, the MPs maintained that congestion in schools is likely to aid the spread of the virus.

According to Narok Woman Representative Soipan Tuya, the state of secondary schools where students are packed closely together in classes poses a health hazard.

“Our children are lumped up in congested classrooms. This is a disaster waiting to happen. Are we implementing a policy at the expense of compromising the quality of education in our schools?” she asked.

Funyula MP Wilberforce Oundo expressed worry about the Congestion in schools. He gave the example of a two streamed school in his constituency where 600 Form Ones reported this week, yet form one admission exercise has been extended by a week.

Nominated MP Godfrey Osotsi said that the situation in secondary schools is worrying and needs immediate attention from the government.

“We support the 100 per cent transition policy but the government is not committed to increasing infrastructure in schools. Our children are suffering, some are even sleeping on the floor,” he said.

The government, said Nyando MP Jared Okelo, adopted the 100 per cent transition policy and then passed on the responsibility to MPs.

Nandi Hills MP Alfred Keter said facilities are overstretched as schools are now admitting triple the the capacity they are supposed to hold.

Baringo Central MP Joshua Kandie accused the Ministry of Education of concentrating on minor issues like banning the use of school buses instead of addressing more serious problems.

National Assembly Speaker Justin Muturi,urged the Education Committee to act on the issues raised and present a report to the House within two weeks.