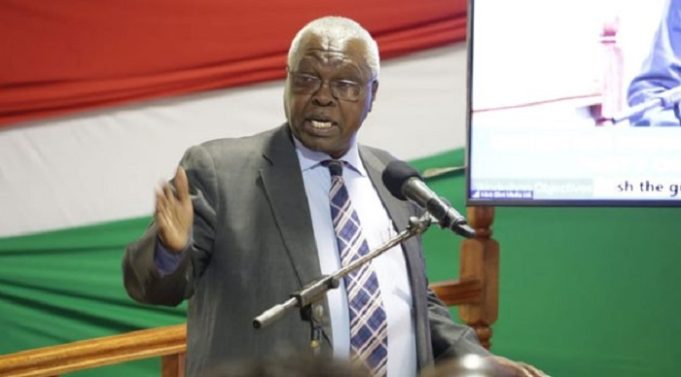 The proposed Junior Secondary Schools (JSS) will be domiciled in primary schools if the government adopts recommendations of the taskforce reviewing the education system. If this is done, their name will be changed to Upper Primary. The 42-member team that President William Ruto appointed to evaluate the education system has in its preliminary report recommended that learners joining Grades Seven and Eight remain in primary school due to age factor. They say the learners aged between 12 and 13 are too young to mingle with their counterparts aged between 14 and 17.

The team which is ready to present its preliminary report to the President any time now, secondary schools also lack adequate infrastructure to accommodated the JSS learners. If Grade Seven learners were to join secondary school in January, this will necessitate a double intake since Form Ones will also be admitted in February. Smooth transition To avoid this, the task force has recommended that Grade Six learners proceed to what should be called Upper Primary where they should remain for two years (Grades Seven and Eight) before eventually transiting to Junior Secondary.

If this happens, it will also make the transition smooth for the last classes under the 8-4-4 system. Should the government adopt the recommendation, then the imminent crisis that could result from a double intake of at least 2.5 million learners in Grade Six and Standard Eight to secondary schools, will be averted. This is critical since the government has committed to ensure a 100 per cent transition rate for learners joining secondary school.

In January, pioneer learners under the new 2-6-3-3-3 Competence Based Curriculum (CBC) system are slated to transition to Junior Secondary School after sitting the KPSEA national examinations, which begin in a week. It is also the year that the current Standard Eight learners under the 8-4-4 System will join Form One after sitting KCPE exams, which will start at the same time. This would present a huge infrastructure challenge of hosting at least 2.5 million new children in about 11,000 secondary schools, out of which about 9,000 are public.

The preliminary report will be presented to President Ruto once he returns from South Korea on Wednesday or Thursday, latest Friday. It says that learners transiting to JSS are too young to join secondary schools where they could be exposed to bullying and negative influence by older peers. “Older students in current secondary schools may bully these students due to the wide age gap,” part of the report states. Besides, the report also counsels against transiting the more than 1.2 million Grade Six learners to the already congested secondary schools with inadequate classrooms, teachers and other infrastructure such as laboratories, libraries and dormitories.

Members of the task force, who have been traversing the country collecting views from Kenyans, are also of the opinion that the existing structures in primary schools should be fully utilised. “Primary School teachers are more aware, competent in handling the needs of these young learners than their counterparts in secondary schools who are conditioned to attend to more self-reliant learners,” part of the report states. Last week, President Ruto said learners expected to join JSS will soon know whether they will study in primary or secondary institutions. Speaking when he chaired the inaugural meeting of his Cabinet, Ruto promised he would offer guidance on the matter based on recommendations of the Presidential Working Party that is assessing the CBC curriculum.

A statement from State House released after the Cabinet meeting said the Presidential Working Party had issued an update of the assessment. “The meeting noted that the Presidential Working Party had thus far conducted public hearings in a total of 37 counties. In that regard, the team would conclude the county hearings and thereafter receive oral submissions from stakeholders  including Teachers Unions, Associations, Parliament, and others by 24th November, 2022,” read the statement. The move to leave JSS under primary schools would be a major victory for the Kenya Union of Primary Teachers (Knut), which has been agitating for it.

Yesterday, a member of the Working Party on Education Reform confirmed to People Daily that the preliminary report was ready and that the team was only waiting for the President’s availability. “We are most likely presenting the report this Friday, but the date largely depends on the President’s availability. It could be even made earlier or later depending on his schedule,” said the member, who declined to be named because they are not authorised to speak on the team’s behalf. Six months Some 1.2 million Grade Six pupils are set to sit for their national Kenya Primary School Education Assessment (KPSEA) from next Monday.

The national exams will run concurrently with the Kenya Certificate of Primary Education (KCPE), which has an almost similar number. The Working Party on Education Reform was appointed on September 30. It is supposed to be in office for six months. During that time, it is required to submit a progress report to the President every two months.

The team, chaired by Prof. Raphael Munavu, comprises celebrated teachers Peter Tabichi and Mutheu Kasanga, who were part of the CBC task force as well as Prof Collins Odete among others. The team is expected to study all laws governing basic education and make recommendations for review of the legislations with a view to addressing “duplication, ambiguities, efficiency, constraints and improving linkages.” They are also to assess and come up with a framework for assessment and examination, quality assurance, teacher education and training as well as teacher deployment, among other terms of reference.