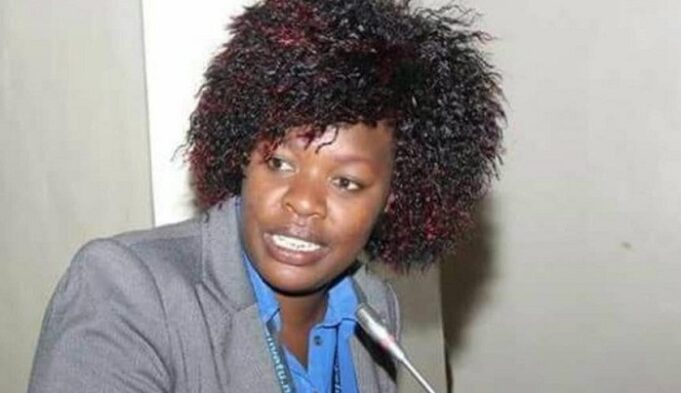 My Comeback Will Transform Education Sector in Nairobi County: Janet Muthoni on Reappointment

Former Nairobi County Education Executive Janet Ouko has made a comeback after acting Governor Benson Mutura made changes to his Cabinet.

Ms Ouko, who resigned from the county government in January 2019, has been reappointed to her former docket. Her resignation earlier on was inspired by her desire to pursue other interests that would impact positive growth in her career, personal life, and profession.

She will replace Ms Lucia Mulwa, who took over the Education, Youth Affairs and Sports docket following her resignation.

Ms Mulwa has been moved to Agriculture, Fisheries and Livestock ministry, which has been vacant since the sacking of the former holder of the position Winfred Kathangu last year.

“In line with the powers bestowed upon me by the Constitution and the County Governments Act, 2012, and in order to support the efficient exercise of county functions, I have today made the following appointments and realignments for effective service delivery,” said Mr Mutura on Wednesday when he announced the new changes.

Ms Ouko has confirmed that she is ready to serve Nairobi county as cabinet secretary for education since she is through with her ‘ interests’ that made her resign from the same post in January 2019.

She has pledged to restore the education sector of Nairobi county by ensuring things are done right, and in line with the stipulated guidelines.

“ I have served in this position before and I am very familiar with it. Investors have decided to establish schools illegally within Nairobi, teachers still insist on corporal punishment and exposing learners to harm, there are several unregistered schools in Nairobi…. and mischiefs are endless. My comeback is a transformation for the education sector in the city,” said Muthoni in a media interview.

The new changes by Benson Mutura have also seen super “Chief Officer” Jairus Musumba appointed as the acting county secretary, replacing Mr Justus Kathenge who has been in the position since June last year when Mr Leboo Morintat left.

Mr Musumba is the devolution chief officer but has also been holding forte in the Education department as acting chief officer.

The changes leave the Trade docket still without a substantive holder with a number of chief officer positions also vacant.

The reorganization has also roped in human rights activist and lawyer Brain Weke who has joined the city county government as the legal advisor in the office of the governor while former councillor Paul Mutungi replaces Brian Mugo as the chief of staff.