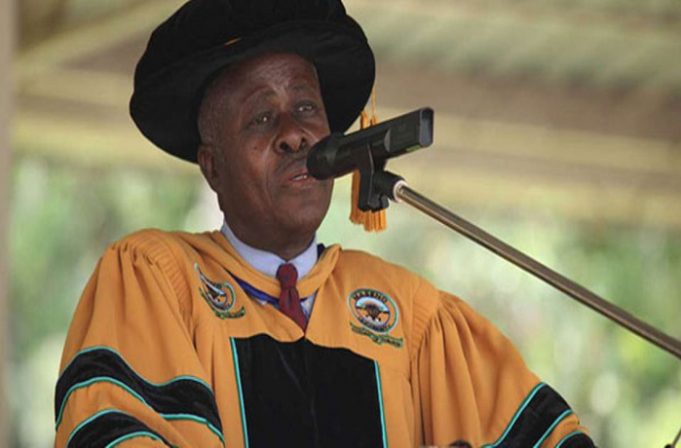 The just appointed Kenya national examinations council (KNEC ) chairperson professor Julius Nyabundi has promised that his tenure will bring to an end, consistent delays in payment of KCSE and KCPE examiners, starting with those who marked the March 2022 exams.

Speaking during an interview with a local radio station, Nyabundi felt sorry for the mess examiners have been through, and pledged timely payment of their dues.

“Why should someone offer his or her services and wait for forever to be paid? The value of money does not wait. It keeps depreciating and this puts our teachers in a terrible mess. I am determined to change this. If possible, teachers should not wait for their dues for more than two weeks,” said the Nyabundi.

Nyabundi further told examiners to remain patient since he is determined to ensure that their dues for the 2021 KCSE exams conducted in March 2022 are paid within the shortest time. He explained that he has to know the reasons for the delay before making in progress.

Schools to Register Afresh Ahead of Junior Secondary rollout

KNEC: This is Why 2021 Examiners Will Wait Longer

Updated: List of Teachers Registered By TSC Between January 2022-July 2022

The new KNEC boss will serve in the capacity for a period of four years.

“In exercise of the powers conferred to me by section 5 (1) of the Kenya National Examinations Council Act, 2012, I, Uhuru Kenyatta, President of the Republic of Kenya and Commander-in-Chief of the Defence Forces, appoint— Julius Nyabudi as KNEC chair,” read the notice in part.

Nyabundi succeeded Prof John Osati who assumed the position in 2019 after his predecessor, George Magoha, was appointed Cabinet Secretary for Education.

This Grade Six examination will be the first national examination for the candidates joining junior high school.

Nyabundi will work alongside David Njeng’ere who serves as the CEO following his appointment in 2021.

Prior to being appointed as KNEC chair, the scholar served as Maseno University’s Vice-Chancellor from 2016, a position he landed after working in various government agencies.

“Prof. Nyabundi is the immediate former Principal of Muranga University College and a former Acting Deputy Vice-Chancellor (A&F) at Maseno University. He had previously served as the Managing Director, of Chemelil Sugar Company.

“He is a renowned scholar who has published widely in refereed journals and has presented papers in local and international conferences. He earned his PhD from the University of California,” his profile on the Maseno University website reads.

His appointment to KNEC was credited to his passion for research. Nyabundi was conferred the Order of Grand Warrior (OGW) in 2005, by the late President Mwai Kibaki, in recognition of his contribution to the education sector.