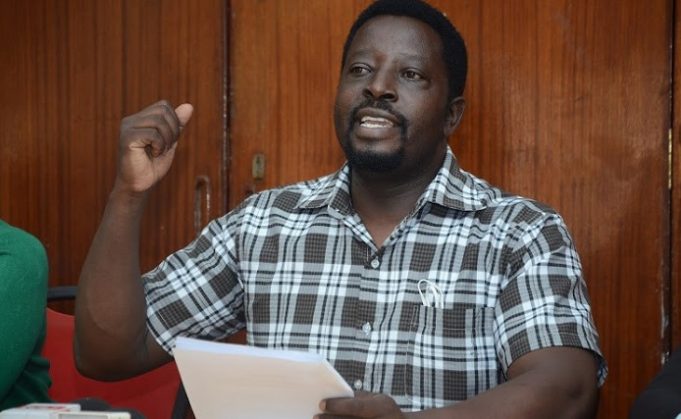 Teachers’ unions, KNUT and KUPPET, are facing a new wave of opposition following their silence in the introduction of mandatory TPD modules by TSC.

The Kenya National Teachers Group, a lobby, has joined sections of the public opposed to the programme, saying they will petition Parliament to ensure it is stopped or scrapped completely.

Two weeks ago, TSC rolled out a professional development course that will require teachers to renew their teaching licenses after every five years.

Kenya National Union of Teachers and Kenya Union of Post-Primary Education Teachers endorsed the programme by attending the launch.

However, Kuppet has come out to clarify they never agreed with the TSC over the retraining requirement.

The Kenya National Teachers Group, which is affiliated from Knut and Kuppet, claim that the silence of the unions has caused the need of a group that will reflect their issues.

“Since our employer has gone silent over this weird policy, we have constituted a pressure group to act on behalf of teachers on TSC payroll touching on matters teachers’ welfare, professional development and career progression,” said Martha Omollo, the group’s spokesperson,

The recent opposition now threatens the shaky state of teachers unions’ as lobbies push for the formation of a third union to represent the issues in contention.

The signing of a non-monetary CBA and the nod to the retraining policy has been apposed by teachers.

Omollo said they are contemplating the formation of a parallel union to represent their grievances.

The push for a new teachers union could negatively affect Kuppet and Knut , with the latter struggling to regain footing after a turbulent tenure of former secretary-general Wilson Sossion that saw its members defect and remain unionless.

“We are demanding the immediate resignation of non-teachers leadership in the union including Omboko Milemba,  Ronald Tanui and Bungoma Woman Rep Catherine Wambilianga,” Omollo said

They also seek there be a separation of roles at the TSC, to have the commission as an employer as the role of the regulator is handed over to a different entity.

“TSC cannot be an employer and a regulator at the same time. We, therefore, call on Parliament to consider separation of duties,” Omollo said.

The story of mandatory retraining dates back to 2015, when TSC proposed the introduction of professional development.

The implementation was delayed following opposition led by Sossion.

He termed the retraining illegal, saying they had not been involved in crafting it.

He further opposed the calls to have teachers’ pay for the in-service training.

In 2019, a Labour court halted the implementation of professional development training programmes that would determine the promotion of teachers.

The court ruled that the TPD programme was not valid for implementation as there was no regulation promulgated by TSC to guide it.

Under the training, teachers in public schools will now be required to renew their professional certificates after every five years.

The teachers, in the new policy, will now be required to undertake in-service professional training lasting for five years upon which they will get their certificates renewed.