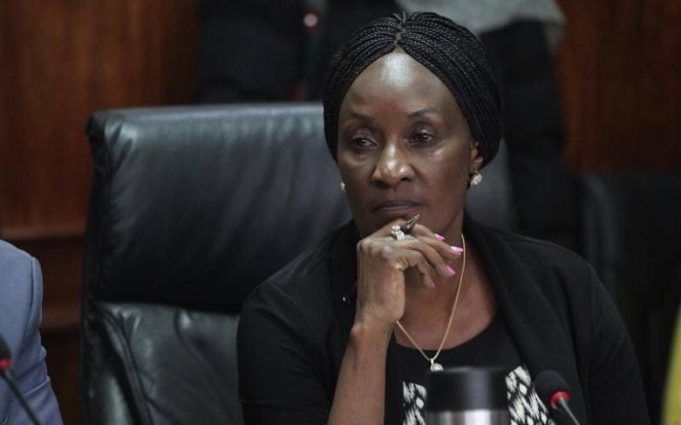 No Teacher Has Stayed in One Job Group For 10 Years, Macharia

Teachers  have been shocked by Teachers Service Commission (TSC) Chief Executive Officer Nancy Macharia’s utterances that all teachers were promoted by 2017, costing the government Sh54 billion, and that non teacher has stagnated in one job group.

Macharia informed the National Assembly Departmental Committee on Education at Parliament buildings that it was not true that some teachers had remained in the same grade for up to 10 years as was alleged. She insisted that the longest a teacher may have stayed in the same job grade is four years, and the government was doing everything possible to ensure they are promoted.

Committee Chairperson Tinderet MP Julius Melly put the CEO on task to explain why it had failed to employ 5,000 intern teachers on permanent terms yet there were funds set aside for that purpose, The CEO responded that they would be given priority in the current recruitment process.

“I would like to inform Teachers Service Commission there are many unemployment cases and it should be very fair in the implementation of the government plan to employ 30,000 teachers across the country in the next few days to ensure that deserving cases are prioritised,” said Melly.

Macharia said that teaching vacancies will be shared out equally to ensure all 47 counties get enough teachers to address shortages. The government plans to promote 15,552 teachers and has set aside Sh1.4 billion for the process.

She informed the committee since independence teachers used to get employed directly after completing university and college until the process was frozen in 1998. It has since been done on demand or availability of funds with the process improved in the last few years.

“We would like to caution Kenyans to be wary of conmen moving around collecting money from potential employees lying to them they are in a position to help them secure employment, this process will be done in an open and transparent manner by TSC,” said Macharia.

She told the committee the government was reviewing the delocalisation programme with the recommendation that teachers who are 56 years and above be allowed to work in their home areas and spouses stationed in close proximity to each other.

Macharia said teachers who were delocalised but would want to change that should make personal appeals.

Committee Vice Chairperson Malava MP Malulu Injendi asked TSC to ensure that priority was given to locals whenever employment is done so as to ensure that those who get slots represent the face of Kenyans and also to ensure that some areas were not left out in the crucial process.

“I would like to inform my fellow parliamentarians that this process has got some political implications hence it should be handled with care so that whatever recommendations we come up with as a committee are accepted by the entire house,” said Injendi.

Kabondo Kasipul MP Eve Obara asked TSC to come up with data on the shortages of teachers across the country which will make it easier for the recruitment process since nobody will oppose a certain area getting more teachers if it genuinely deserves them with evidence to show that.

Dr Obara said time was of great essence since their constituents were knocking on their doorsteps seeking employment and that the government needs to come up with clear guidelines on how it will be done to ensure that citizens are involved in the entire process.

Lugari MP Nabii Nabwera said that the population of a given county cannot be wished away in the enlistment of teachers since some have more sub-counties and it would be unfair to say that these positions will be shared equally while some areas are in more need than others.

“I come from Kakamega County which has one of the largest populations and constituencies with many schools for that matter, it would be grossly unfair to want it to have the same number of teachers as some counties with only two constituencies in the country,” said Nabwera.

Igembe North MP Julius Taitumu agreed with Nabwera saying that the population of a given county and the number of schools should be key factors in determining the number of teachers that they will get asking their colleagues to support the proposal since it was for the good of Kenyans.

The Committee Chairperson cautioned members to be aware that as they make recommendations they were not doing them specifically for their constituencies or counties but for the entire country since they represented the interests of all Members of Parliament.