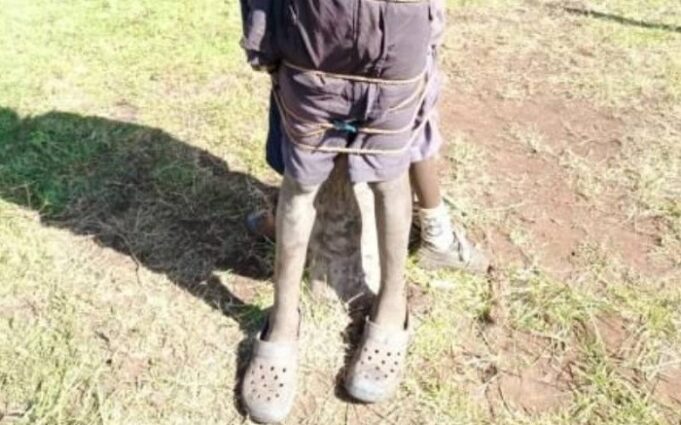 Education officials tasked to investigate the alleged torture of three pupils at Thiru Primary School in Nyahururu have recommended the prosecution of two senior teachers.

led by Nyahururu Sub-county Deputy County Commissioner Moses Muroki, the team visited the school on Wednesday and called on the DCI to investigates the two for allegedly tying the Standard Five pupils to a tree on August 27 as punishment.

“According to our investigations, it is true that they were tied to a tree for truancy. We have recommended that the DCI takes up the matter and prosecutes them,” Muroki said.

“How do you display pupils that you are supposed to guide being tortured? This is a serious matter,” said Muroki. “We urge the DCI to fast-track this matter so that the children can get justice. Let it be a lesson to all of us.”

KUNNOPET To Take Siaya County To Court Over Schemes Of Service

Condemning the act, Laikipia County Director of Children Services Ezekiel Mwanza termed  the teachers’ disciplinary measure as inhuman. “It is unfortunate for teachers to display such kind of behaviour,” said Mwanza.

He, at the same, called on teachers to ensure that they follow guidelines set by TSC when instilling discipline.

The two teachers have however regretted their action, saying that they were just punishing the children for consistently being absent from school.