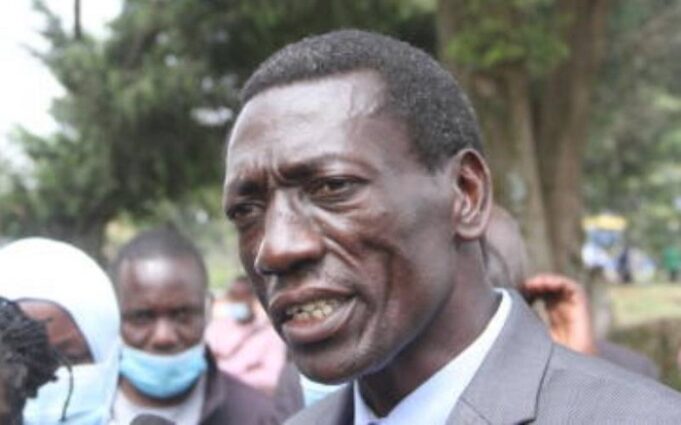 KNUT Secretary general Collins Oyuu has directed millions of shillings to be credited to the accounts of Knut branches countrywide beginning this month. This will be a relief to KNUT branch officials, who have found it hard to conduct union operations at the branch levels.

The officials which include Branch Secretary, Branch Chairman, Branch Treasurer, Branch Women and BEC have every reason to be happy after the latest move by Oyuu to revamp the union finances.

Before the release of the funds however, the Employment, Labour and Relations Court will have to release the required documents necessary for the implementation of the funds.

How to reject Agency Fee From Your Pay Slip

Oyuu, through a circular dated 3rd September 2021, assured all Knut Branch Secretaries, that he is working hard to ensure there is stability in the union.

“It is now about 60 days since we took over the office and it has not been easy for us. Nevertheless, we have done our best. We still believe that with a lot of positivity from our Branches and support we can achieve much more,” said Oyuu.

Oyuu called for unity and loyalty among the Knut branch officials.

“The time for service delivery to our members in the spirit of Service and Justice is NOW. We Demand that all union officials from grassroots (school Representatives) to top Branch officials display total loyalty to the current National leadership,” he said.

KNUT branch operations had stalled during the leadership of the former secretary general Wilson Sossion, after the teachers service commission allowed the members to quit the union online through their T-pay portal.