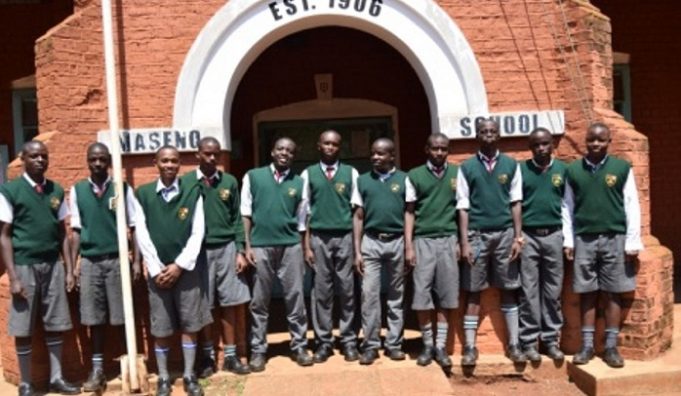 The parents of the form three Maseno school student who allegedly committed suicide by falling from the second floor of their dormitory have refuted claims that their son took his own life.

The student succumbed while undergoing treatment at the Aga Khan Hospital in Kisumu.

The student, who had been rushed to Coptic hospital in Luanda after the fall, was rushed to Aga Khan Hospital, after being diagnosed of serious head injuries.

Speaking on the phone, the family noted that their son’s death was surrounded by unclear matters that need to be unravelled.

According to the father, Caleb Ingolo, the school must come out and tell them what exactly transpired.

Police report reveals that a suicide note was recovered from his desk, which informed his close friend in the school to take possession of his belonging.

“There was an indication that there was some misunderstanding with his parents due to what his closest friend said to be a poor class performance”, read part of the suicide note.

Ingolo however insisted that the claim on the alleged suicide note was not adding up from where it was found and that the handwritings were not his son’s.

“The handwriting, first of all, is suspicious,” he said.

“People die. We are not asking anyone to resurrect him but we want to know the truth.”

He noted that it was sad that even in the cubicle where the boy was with his colleagues did not hear anything or any commotion apart from those on the ground floor, where the boy is alleged to have fallen.

He said the nobody in the school seems to know anything despite having, teachers, and security guards including the student.

Ingolo also wondered how and why the school’s CCTV cameras were not working on a fateful day.

He noted that he was not in agreement with the allegation that their son had issues due to poor performance.

“Instead of running around with some narratives, they should tell us the truth that is all we want.”