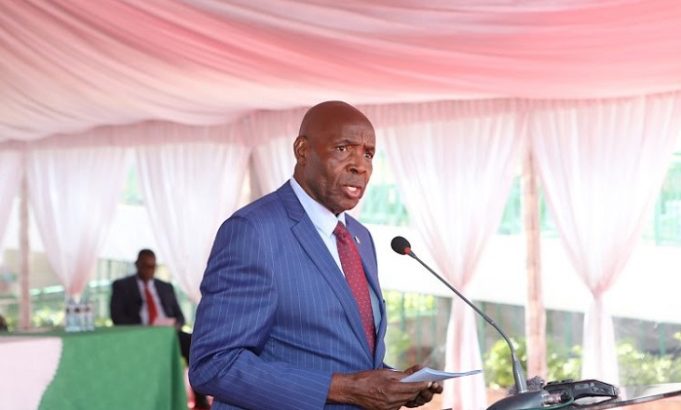 Peddle Propaganda Against Kisii Schools at Your Own Risk, Machogu Warns

Critics have claimed that some schools from Kisii and Nyamira counties recorded abnormal grades that do not reflect their improvement curves over the years.

However, Machogu warned the critics to stop peddling ‘propaganda’ saying the institutions are being unfairly targeted.

Machogu wondered why schools from Kisii and Nyamira are being singled out yet other counties had equally posted impressive performances.

According to Machogu, were it not for the ban on the ranking of schools, he would have released a comprehensive breakdown of results that show how other schools performed.

“Let us stop this propaganda,” the CS warned.

“Propaganda will not benefit anyone, but might land someone in trouble.”

All 2022 KCSE Candidates With C+ and above to Join University

The CS said the ministry enforced a mechanism that secured the integrity of the 2022 KCSE tests beyond reproach.

“Schools from Kisii are being unfairly singled out yet some counties have far better grades,” Machogu said.

Regarding the performance of Nyambaria National School in Nyamira, Machogu praised the principal Boaz Owino saying he has a solid track record.

“If you look at his history, you will appreciate him because wherever he goes, there is a remarkable improvement,” Machogu explained earier.

“Let us wait for the 2023 exams and ensure our children work hard,” he said.

Experts and politicians have called for a probe into the 2022 KCSE results alleging that the sudden surge of A grades indicates widespread malpractices.