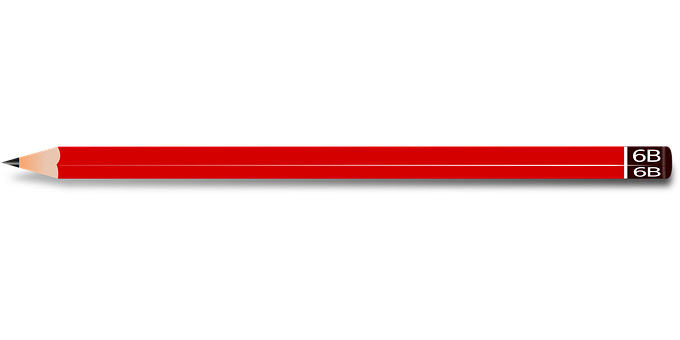 In the past, people used to rub pieces of amber with fur to generate static electricity. It took scientists, thinkers and inventors hundreds of years to control the power of electricity. A concept of circuit by Volt shows current flow through a circuit which must be complete in order to work. They invented the first battery and called it the Volta to identify the units of electricity though magnet needle could be deflected by an electric current thus the connection between electricity and magnetism.  The students of Volt, George Simon Ohm, in 1826 showed that some materials slowed down or resisted movement of electric current through them thus discovering that it was relationship between amount of electricity in the circuit, the movement of electricity in the circuit and the resistance of the circuit. A practical invention by Edison in 1877, using electricity was the incandescent light bulb.  Therefore electricity is very important in our daily today life  when its regulated and none of the today’s  technology we use today can exist without it electricity is at the heart of many modern technologies, being used for: electric power where electric current is used to energize equipment; electronics which deals with electrical circuits that involve active electrical components such as vacuum tubes ,transistors , diodes and integrated circuits , and associated passive interconnection technologies.. All our modern-day gadgets, appliances and electronics use the power of electricity to work. Some of these objects are run by high electrical amount while some require only small amounts to function. It is the careful balance of the parts of the circuit which allows electricity to be useful and not harmful. The careful balance of electricity can only be initiated by the resistors.

Originality and statement of the problem.

During a Form three Physics lesson on the Topic titled Current electricity, we came across a concept on electrical resistance and observed that Resistance (R) of a uniform conductor of a given material is directly proportional to its length (L).

Statement of the problem.

Secondary and primary schools mostly use pencils in writing, drawing and other design work. After exhaustion, they become too small to be held on hand by fingers by the learners thus considered fully used off and always dumped away. Pencils are made of graphite which is the stable allotrope of Carbon hence good conductor of electricity due to the presence of delocalized elections. However, dumping them carelessly has been leading to fire outbreak, unnecessary surface electric shocks to human and animals when encountered flow of current. This has been worsened during flood. The pencil rods also don’t decompose easily and has been contributing to environmental pollution. From the serious effects caused by the careless dumping of pencils left overs, there is urgent need to for resolution of this problems and if we do that, we shall be able to achieve various objectives. This project mainly aimed at using these leads in pencil graphite rod to make resistors that can be used to control the flow of current in electrical gadgets or appliances.

To investigate how the length of pencil rod resistor affects amperes.

Resistors made of pencil rod are cheaper because mat they are readily available.

Resistors made of pencil rod can be used to make electrical appliances that are both local machines such as radio, watches and global sophisticated electrical machines.

Can the lead in pencil be used to make resistors?

Length of the lead in pencil has no effect on electrical conductivity.

The lead in pencil can’t be used to control gadgets that use or require a lot of voltage in flow of current.

The lead in pencil acts as an example of a variable resistor hence controlling the flow of current.

Ensuring that immediately after the demonstration the circuit is switched off to avoid the loss of voltage.

Electrical phenomena have been studied since antiquity, though progress in theoretical understanding remained slow until the seventeenth and eighteenth centuries. Even then, practical applications for electricity were few, and it would not be until the late nineteenth century that electrical engineers were able to put it to industrial and residential use. The rapid expansion in electrical technology at this time transformed industry and society, becoming a driving force for the Second Industrial Revolution.

There was a fundamental need to control magnitude of the current and voltage passing through electrical appliances, this was justified in Ohm’s law. A resistor as a passive two terminal electrical component that implements electrical resistance as a circuit was developed by Georg Simon Ohm by the year 1827. Resistance is the opposition of offered by a conductor to the flow of electric current. The S.I unit for resistance is Ohm (    ).  The resistors were produced with wide variety of materials and manufacturing processes. These materials included; carbon film, metal oxide film, water and copper manganese alloys. In order to obtain a given voltage, George Simon Ohm put across that voltage is directly proportional to the current flowing through it provided temperature and other physical conditions are kept constant.

Electric current is the rate flow of current produced when circuits are closed of charge through a conductor. The resistance to the flow of the current can be achieved by incorporation of fairly conductors of electricity such as lead in the lead pencil. This project therefore attempts to use the lead in pencils which can be used to make resistors. With this, length of pencil lead varies with directly with voltage. A change in voltage is affected by resistance or electrical conductivity of the lead pencil in the circuit. Materials with low conductivity have high resistance e.g. graphite compared to copper has high resistance than copper. Resistance is measured in Ohms

This project therefore looks forward into coming up with a electrical resistor made of lead pencil as one way of controlling school environment pollution. This will help in overcoming the global problems of global warming and constant climate change in the country Kenya and beyond. This resistor is cheap because raw material which is only lead pencil rod are readily available in school compost pit.

Connect the other end of the black crocodile clip to one end of a 2cm pencil resistor.

Connect the other end of the pencil resistor to one end of red crocodile clip then to the other terminal of the voltmeter.

Observe and record the readings on the voltmeter.

Table 3.2 Shows the length(cm) of heated pencil resistor rod with their respective reading on the ammeter

The length of the pencil rod is inversely proportional to the amperes generated.  As the length increases the amperes decreases. The graph slope can be calculated as below

The flow of current in circuit can be easily controlled. Increase in the length of the pencil rod reduces the amount of electricity passing through it. The project therefore can be applied in electronic machine manufacturing companies to manufacture resistors. This can be one way of controlling pollution through recycling and re-use of left-over pencils.

Research to be done on effect of length of different types of pencil rods on electrical conductivity.

Benjamin, P. (1898). A history of electricity (The intellectual rise in electricity) from antiquity to the days of Benjamin Franklin . New York: J. Wiley & Sons.