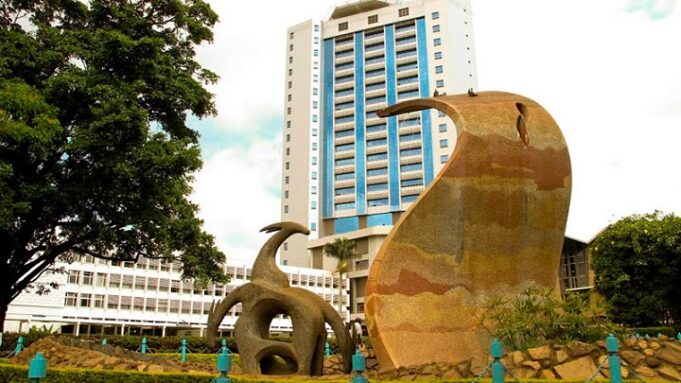 Post graduate students, Universities whose graduates do not Tarmac, to benefit in new university funding proposals

The universities funding board, UFB, has proposed a new funding formula, which would streamline university education. The new proposals will favour post graduate students, students with special needs, universities that are efficient in student graduation and universities whose graduates do not tarmac.

In the proposed plan, universities that are efficient in graduating their students upon completion of their courses and those whose students get jobs within one year of graduation would get higher funding.

Also to benefit from higher funding are universities which offer courses that fall within the key government priority areas since the new funding regime seeks to strengthen the national development agenda.

The new proposal will subject the government to exercising selective funding, projected to benefit students who enroll in the targeted core courses.

Universities that have focused in special areas such as agriculture, engineering or science would also get higher allocations as the government encourages specialization in institutions of higher learning.

students with special needs enrolled in universities will be fully funded by the government and their expenses taken care of. All they need to get this funding is to be registered as persons living with disabilities and to acquire a registration number.

According to the proposal, post-graduate students, who have always been ignored under the present funding regime, will also get up to 80 per cent financing from the State.

This means that universities will get more money depending on the number of government Masters and Doctorate scholarships declared in a particular year to develop teaching and research capacity in universities.

However, students who benefit from government postgraduate scholarships, will be bonded to a university for a period of time prescribed by the Fund.

Also to attract more funding will be the number of female students enrolled in STEM, persons with disability and students admitted from disadvantaged socio-economic background.

UFB CEO, Geofrey Monari has praised the proposed formula stressing that it has been developed to guide apportionment of infrastructure grants, which have not been consistent in the past.

“And this can be observed through the various stalled projects in most of the universities. We shall now have funding criteria for issuance of capital development grants. This will encourage public private partnerships with universities to ease pressure on the Government infrastructure support,” said Monari.

He said the revision of the model will provide a more transparent accountable funding framework for universities in apportioning funds for teaching and learning, infrastructure and introduction of performance based funding.