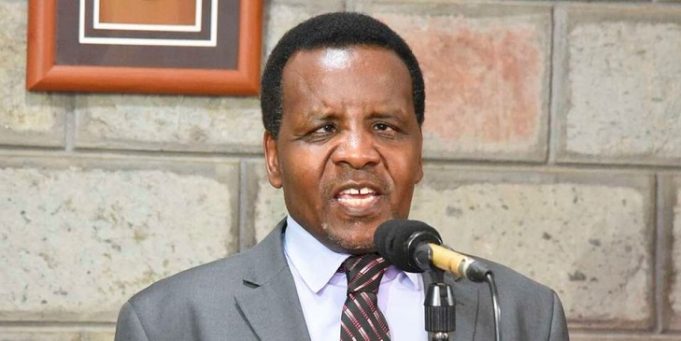 Presidential aspirant Reuben Kigame has thrown a jab at the Competency-Based Curriculum and Ministry of education as a whole.

Kigame, who was speaking during an interview on a local TV station, said there was no stakeholder engagement before the rollout of CBC.

“Why aren’t we going to our education specialists to solve education problems? You decide that you are going to do without experts, without the contribution of the teachers and principals, parents,” Kigame said.

The gospel artist went ahead to describe CBC as a rushed system but said it has its good side.

“The CBC is a horrible system, it’s a horrible proposal, there are some nice things in there, but as I said, you don’t pull down a fence before asking why it was put there in the first place,” he said.

CBC has received lots of backlash from stakeholders and politicians, including Deputy President William Ruto’s camp.

Kigame joins the list of politicians who have poked holes in the implementation of four-year-old CBC.

“You are going to force a system and say even if you don’t like it this is it, that’s not how to implement an education system,” he said.

Kigame, who is vying on the The Eagles National Alliance, further questioned why the Ministry of Education is headed by a doctor (CS George Magoha).

“Why is it that we have a medical doctor in charge of education when we have qualified professors of education in this country,” he said.

He went ahead to state that the current leadership was built on appointments determined by friendship and not qualifications.“You don’t make appointments because you like some people or they did something good for you when you were growing up. You appoint based on professional merit,” Kigame added.

If elected, he promised to appoint leaders based on their qualifications and not goodwill. Kigame previously said, although he is blind, he can offer value-based leadership.