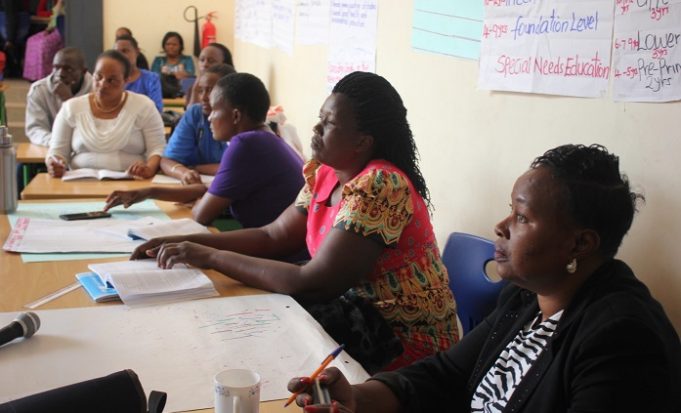 Head teachers of Primary schools now want to be part of the Competency-based education task force set up by president William Ruto Yesterday.

Kenya Primary Schools Head Teachers Association chairman Johnathan Nzioka expressed interest of primary school teachers in being part of the team and asked Ruto to give them an opportunity.

‘‘We have been the implementing factor of the CBC project and to ensure the government policy is implemented. We look forward to being part of the taskforce team,’’ said Nzioka.

The Headache That Awaits Machogu in the Education Ministry-Will He Manage?

According to Nzioka, the inclusion will allow teachers to share their experiences and learn from eminent educationists from across the globe lined up to make key addresses.

‘‘We will expect the Task force to look into our concerns and ensure the gaping gaps are addressed and any shortcomings will be addressed,’’ he said during a stakeholder meeting ahead of this year’s national conference.

The conference, which begins at Sheikh Zayed Children Welfare Centre, Mombasa from December 3-8 will bring together 15,000 heads of primary schools.

Nzioka urged teachers to keep politics out of the debate around CBC reforms and instead exercise a lot of sobriety and offer constructive ideas.

‘‘As teachers, let’s debate on preparedness and our role in the ongoing education reforms and seeking inclusivity and equity, and entrenching value-based education in the country,’’ Nzioka said.