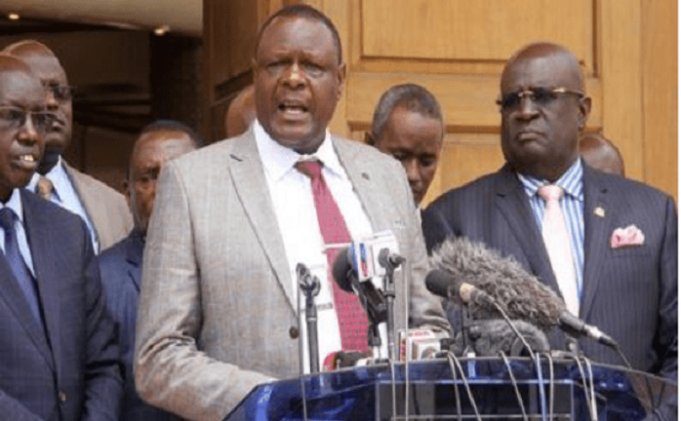 With only one-and-half years before the pioneer CBC class joins junior secondary schools, principals are expressing inadequate preparation for the transition from 8-4-4 to the competency-based curriculum.

Infrastructure, teacher training and development of teaching and learning content are some of the demands that secondary school require to host junior wings Already, principals have warned the current congestion in secondary schools will reach crisis levels unless urgent measures are taken.

The Sh1 billion allocated to the ministry for CBC implementation in the next financial year will mostly be spent on training of teachers.

The chair of the Kenya Secondary Schools Heads Association (Kessha) Kahi Indimuli has warned that the congestion will reach crisis levels if the infrastructure is not expanded by 2023 when there will be a double intake as the Competency-Based Curriculum rolls out in secondary schools. Many schools were last week allocated more Form One students than their capacities.

“There’s an increase of students across the board, even last year, we were given more students than our capacity. We have not increased the capacity of secondary schools in tandem with the learners leaving Standard Eight,” Mr Indimuli said.

Officials from the Ministry of Education, Kenya Institute of Curriculum Development and Kenya National Examinations Council are at a workshop in Machakos to come up with a plan for the CBC implementation. However, they have complained that they have to work without access to a report by a task force that recommended how the CBC should be implemented.

“We don’t know why the Cabinet Secretary doesn’t want the report released,” an official said.

Details about the cost, structure and policies guiding the transition are contained in the report which has never been made public, four months since it was launched. The task force was chaired by Prof Fatuma Chege who was later appointed Principal Secretary for the newly created State Department for the Implementation of Curriculum Reforms.

Learners who are in Grade 4 will be admitted to Grade 7, which is the first grade for junior secondary under the new system in January 2023. This will be after the crash programme that will see them cover curriculum content for two years in one-and-half years beginning in July this year.

The situation will be compounded by the double intake in January 2023 as the last 8-4-4 class will be joining Form One at the same time, resulting in congestion. A check with principals confirmed that no extra infrastructure has been put up or commissioned to take care of the many students.

Secondary education will significantly change under the CBC. Learners will enter secondary school after Grade 6 and will be relatively younger than in the current situation when they join after Standard 8. Junior secondary will comprise Grade 7, 8 and 9 after which learners will join senior secondary (Grade 10, 11 and 12).

The extra two classes in secondary will require that schools invest in more classrooms and for boarding schools, more dormitories.

KICD is on schedule with development of curriculum content, having completed overseeing the development of learning materials for all classes in primary school.

The transition will also be managed by the new government that will be elected in August next year. Change of policy and vision will determine how it will be rolled out.