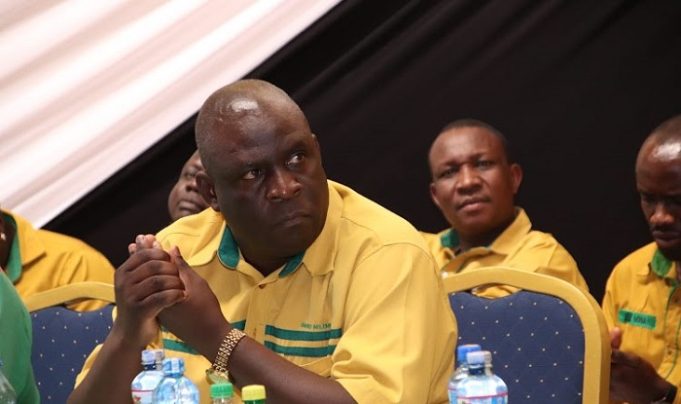 The Kenya Union of Post Primary Teachers officials have referred to the TSC’s latest advert on promotion of teachers a mockery, especially to teachers in job groups C2, C3 and C4.

These reactions come after the Teachers Service Commissions advertised 10,000 vacancies for teacher promotions.

Kuppet Kisii branch officials, led by their secretary general Abincha Mogire have strongly protested the exclusion of some teachers from the planned teacher promotions, maintaining that the teachers are being lied to.

Their argument was grounded on a statement by TSC CEO Nancy Macharia that the government has already considered all teachers for promotions.

According to Abincha, several teachers still continue to languish in one job cardre and that the government should stop lying to people about it.

He revealed that many secondary school teachers have stagnated, with some stagnating for over 17 years in the same station and same job group, causing low morale

“This can even be revealed by the teachers themselves or their directors. There is a deliberate move by those who did the advert to discredit the true picture of what is on the ground,” said Abincha.

The Union Secretary was supported by branch chairman Laban Ouko. They spoke after after stormy meeting at Storm Hotel in Kisii.

The officials told TSC to recall the advert and a release a new one where teachers from all cadres are considered for promotion.

“It’s unfair that our teachers are given sad Christmas news,” said Ouko.

“We are sad people, we don’t know how we are going to take our Christmas because our members are crying and they are always disturbing us to ensure we escalate this information so that it can be acted upon,” Abincha said.

Ouko on his part said the teacher promotions are not a privilege but a right pegged in the profession.

“Every employee looks forward to some promotion at some point and it is not good that any teacher be deliberately locked out of opportunities for professional progression,” he said.

At least 10,000 teachers are set for promotion according to the circular by TSC.

Ouko said it is sad that those being locked out are the majority.

“It will cause nothing but low morale in the service. There is nothing bad in any industry like a demotivated staff,” he said.