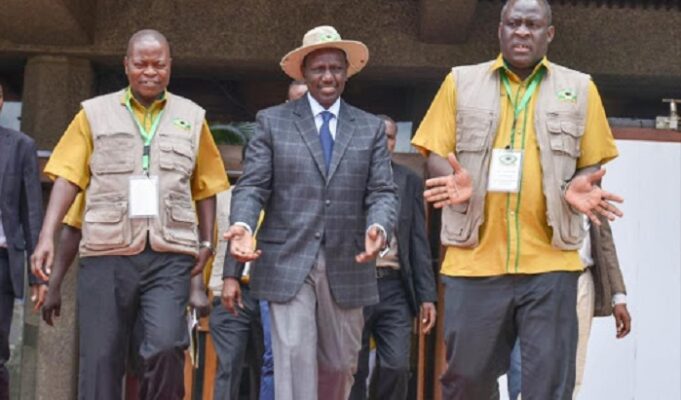 Renewed Hope For Teachers as KUPPET Launches a Teachers SACCO

Kenya Union of Post Primary Education Teachers (KUPPET) has opted to venture into Savings and Credit Co-operative (Sacco), that will be targeting its members and other interested investors and savers. KUPPET Secretary General Akelo Misori has confirmed that the SACCO, which has been awaited for so long, is already registered and currently operating.

Misori maintained that the new Sacco will be a turning point for KUPPET and its more than 120,000 members, who have lately suffered in the hands of other greedy SACCOS.

“As a Union we have registered our long-desired Sacco, Walimu Solidarity Sacco, which is already up and running. Creating and launching the Sacco is a real game-changer for the Union,” said Misori.

Topmost in the manifesto of the current KUPPET National Executive Board(NEB), which is led by the national chairman Hon.Omboko Milemba, was the creation of a SACCO.

According to the Union’s NEB in their manifesto,the Sacco,which was as a result of converting the Union’s National Governing Council Welfare Fund to a Sacco, will mobilize members’ savings and mark a new beginning for teachers’ empowerment as the Sacco will create a special fund to cushion members during strikes.

Through the SACCO, KUPPET will put spirited efforts towards empowering its members to withstand strikes by creating investment avenues which will mobilize savings and resources to sustain members and the union in times of emergencies.

“Drawing on lessons from teachers’ Unions in Ghana and Swaziland,KUPPET intends to launch a Sacco wholly bankrolled by the Union. The Sacco will be achieved by the conversion of the National Governing Council Welfare Fund, a process which is already underway,” reads part of the manifesto.