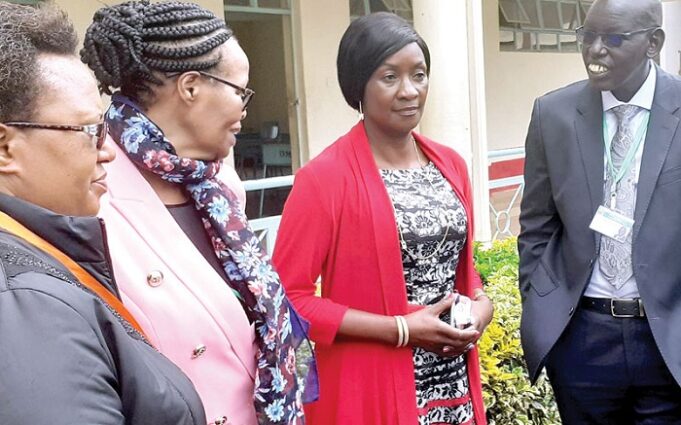 The Kenya national examinations council, KNEC, has warned the close to 2 million KCPE and KCSE candidates to avoid cheating in the upcoming exams.

Through a letter to all the candidates through their head teachers and principals, KNEC said it is painful for it to cancel results for candidates who cheat each year.

Mercy Karogo , the Acting KNEC Chief Executive Officer,  cautioned that in most cases, candidates are misguided by teachers, parents and classmates to participate in examination malpractice.

“These people mistakenly think that they are helping you, but instead they are exposing you to suffering through loss of examination results,” cautioned Karogo.

The CEO advised the candidates that they will not become better children by engaging in examination malpractice.

Despite the plea, Karogo warned that the KNEC will not hesitate to cancel national examination results for candidates who will engage in cheating.

“No examination results can be given to a candidate who has cheated because results are only given for a candidate’s own honest efforts,” said Karogo.

The council also warned of dire consequences for those who will engage in exam malpractice, citing Section 27(1) of the KNEC Act (2012), which spells out stern penalties for examination cheats.

“A person who, before or during an examination, has in his or her possession or under his or her control any examination paper or any part thereof, or any material or information purporting to relate to the contents of any paper or material for that examination, without lawful excuse, commits an offence and is liable, upon conviction, to imprisonment for a term not exceeding 10 years, or a fine not exceeding Sh2 million, or both” reads the Act.

“In order for you to receive your results, you must not get involved in trying to obtain any unfair assistance from anybody. You must produce your own honest work during examinations,” said Karogo.

In her letter, Karogo advises the candidates to report any teacher, who tries to entice them to participate in cheating. Parents and fellow candidates who facilitate cheating in exams should also be reported.

KNEC now says it is committed to a fair examinations process for all candidates, promising that no child will be disadvantaged.

Just few days ago, KNEC publicly revealed a list of counties it has over the years put on its radar. These include;

Over the past two years, KNEC has flagged;  Kisii, Homa Bay, Bungoma, Kisumu and Migori counties in Western and Nyanza regions over exam cheating.

The KNEC letter to all candidates has just come in time before candidates close for December holidays, which will end on January 4th.

The revised education calendar for the candidates shows that KCPE examinations will be done between March 22 and 24.

Rehearsals will be done on March 19 with mathematics and English papers to be tackled on the first day of the examinations.

Science and Kiswahili subjects will be done on the second day, with social studies and religious education subjects done on the last day.

For KCSE, rehearsals have been scheduled for March 25, with written examinations kicking off on March 26. The examinations will run for three weeks and three days.