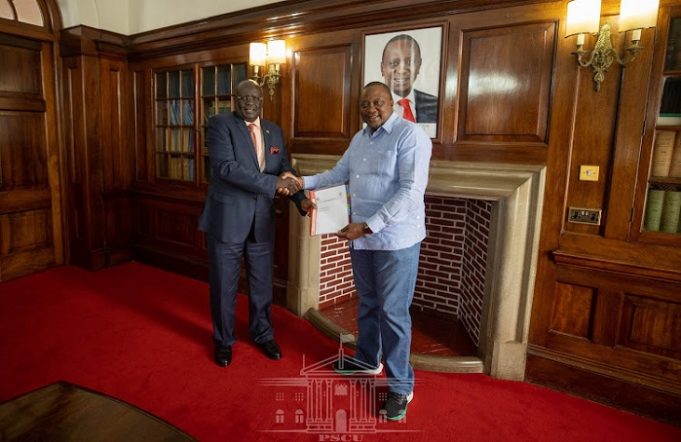 Poor funding, heavy workload and the standoff between the Ministry of Education and the Teachers Service Commission (TSC) are derailing the full implementation of the Competency Based Curriculum (CBC), MPs have warned.
According to a report tabled in the National Assembly, the lawmakers say there is a need for TSC and the State Department of Implementation of Curriculum to develop a framework for collaboration in rolling out CBC in service teacher training in readiness for the 2023 transition.
The report of the Budget and Appropriations Committee (BAC) on the estimates of Revenue and Expenditure for 2022/23, says the lack of coordination between TSC and the state department of the curriculum reforms in terms rolling out of the CBC was sending mixed signals on the government’s commitment towards the project.
“This uncoordinated approach may create unnecessary conflict and also send mixed signals in terms of the government’s collective support for the transition to the new curriculum,” reads the report.

The lawmakers regretted that allocation towards CBC for the estimated 1.6 million Grade Six learners who will transition to Junior Secondary School (JSS) has not been adequately provided for in the 2022/23 budget.
Next year will have a double intake of the last batch of Class Eight joining Form One and the first batch of Grade Six transitioning to JSS.
The MPs also raised concerns that the allocation to the Kenya National Certificate of Primary Education (KCPE) and Kenya Certificate of Secondary Education (KCSE)
examinations have remained at Sh4 billion for the last five years, despite the increased number of candidates taking the examination over the last few years.
“The capitation for secondary learners provided in the 2022/2023 and what is projected over the medium term remains unchanged, it is expected that this amount will increase as the learners transit to junior secondary school in 2023 where the number of secondary school learners is expected to increase from 3 million to 4.4 million. It is expected that 1.4million learners will transit to junior secondary school in 2023 and Sh25 billion is required for capitation,” reads the report.
In addition, the MPs took issue with the many subjects learners transiting to junior secondary school will be subjected to yet they are still too young.
Learners joining junior secondary schools next year under CBC will be required to undertake 16 subjects which the ministry argues aims at providing a broad spectrum of areas of studies to prepare for a spectrum of areas of studies to prepare for specialisation in senior secondary school.
“However, the subjects may create a heavy workload for learners given they are still very young learners,” said the MPs in the report.
The committee at the same time asked the ministry of education to engage the county government in terms of providing support to Early Childhood Development (ECD) centres to transit into the CBC as most of ECD centres at the county level have not fully embraced the CBC model of education delivery despite being the building block.
“The State Department for Implementation of Curriculum reforms should initiate dialogue and collaboration with the county governments to ensure that the CBC policies and priorities are implemented at the ECD level in order to support transition to CBC,” reads the report.
The report of the committee comes at a time when stakeholders in the education sector have raised concerns over the curriculum saying it is shrouded in more confusion.

According to various stakeholders, the much-touted system, which was anticipated to revolutionize the educational sector could come to a halt unless the government moves swiftly to address the challenges raised.
“The rain began beating us from the manner in which the whole thing of CBC was conceptualised. We did not give ourselves ample time to think and research the new system. That is why the implementation seems to be haphazard,” says Dr Evelyn Jepkemei, an education policy expert.
The confusion began after Government Spokesman Col (Rtd) Cyrus Oguna and a senior official in the Directorate of Secondary Education Lawrence Karuntini kicked off a storm with assertions that learners who will transition to Junior Secondary School next year under CBC will attend day schools.
The issue has been complicated by threats from leaders of the Kenya Kwanza Alliance led by the Deputy President that they would change the system and revert to the 8-4-4 system.
Further, according to Karuntini, categorization of schools as either national, extra-county, county or sub-county will not apply at Junior Secondary once CBC is rolled out in secondary schools in January.
“Our focus is that this should be a day rather than a boarding school. The transition from Grade Six to Seven will be in such a way that students transit to schools that
are nearby,” Karuntini said.
A deputy director in the State Department for the Implementation of Curriculum Reforms, Ruth Mugambi, a technical advisor to the Principal Secretary, said learners who will join Grade Seven next year will be taught by secondary school teachers.
A day later, Magoha was in the news, rebuking his officers and insisting that Junior Secondary School will be offered in both boarding and day secondary schools under CBC.
“All the existing boarding and day secondary schools will admit learners transiting from Grade Six to Grade Seven under CBC based on guidelines to be provided by the ministry,” Magoha stated.
Although the government has insisted that JSS would be domiciled in secondary schools with some primary institutions with enough capacity being allowed to host some, a section of primary head teachers have been pushing to have Grade Seven and Eight hosted in lower school levels.