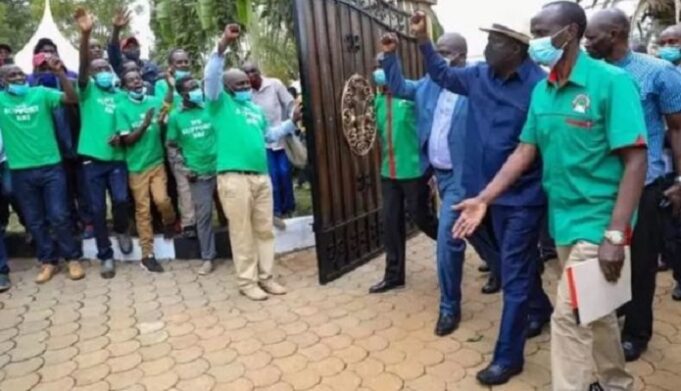 Revealed: What TSC is planning To Do With The Withheld KNUT’s Union Dues And Agency Fees

The wrangles between the Kenya national union of teachers, KNUT, and the Teachers’ Service Commission, TSC, began towards the end of 2017, when KNUT Secretary general, Wilson Sossion was nominated by ODM as a member of parliament. TSC deregistered Wilson Sossion from the register of teachers, arguing that he is a politician and therefore should resign from KNUT. A section of KNUT officials also attacked Sossion, claiming that one person cannot pocess two pay slips.

The ferocious SG battled his position as KNUT SG and emerged successful. TSC however had more bullets to shoot. Since January 2018, TSC has been engaging KNUT in a series of cold wars. KNUT has suffered for a very long time without getting union dues and agency fees, a situation that has forced it to close most of its offices country wide and to auction some of its properties. KNUT employees have not been paid for quite several months, and some regional officials have opted to resign.

Members of KNUT did not enjoy the final phase of the just concluded 2017-2020 CBA, unlike non union members and their counterparts in KUPPET.

Reliable sources have it that TSC is planning to release all the union dues and agency fees once Sossion is out of the office; either through voluntarily resigning, losing in an election or being dethroned by a very influential opponent. The sources confirmed that TSC cannot work with Mr. Sossion due to irreconcilable differences between them and will only release the withheld union dues and agency fees to a new SG.

“We are aware that TSC top guns have been inciting union officials in a divide and rule tactic, with a view to ousting me from office in the pretext that once that this is done, funds which have been withheld will be released to Knut,” he claimed.

The KNUT register of members will also be restored once the new SG takes office. KNUT has however confirmed that despite financial challenges, it will hold branch elections on 4th January 2021, as learners will be reporting back to school for term two. Election of national officials by delegates will be done thereafter. Sossion has however not declared whether he will be contesting or not. Should he fail to contest, TSC will welcome the next SG and remit all the accrued union dues and agency fees to KNUT ; and 2017-2020 CBA arrears to KNUT  members.