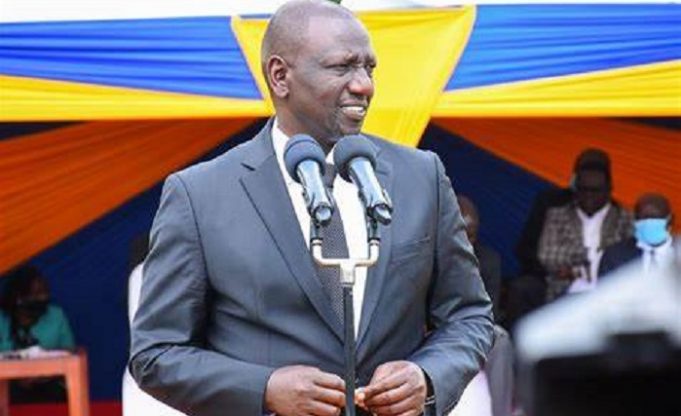 Parents will bear a lesser burden of the cost of the competency-based curriculum (CBC) if the government follows recommendations on education financing and allocates more money for tuition.

This is after the Presidential Working Party on Education Reforms (PWPER) suggested that the government increase the capitation, which has been inadequate, forcing parents to dig deep into their pockets. Currently, government capitation towards free education has no allocation to CBC instruction materials and is still pegged to the 8-4-4. Schools where junior secondary school will be hosted will also receive enhanced funding.

Sources have revealed that President William Ruto agreed with the suggestion in a meeting and asked the Ministry of Education to work out the details of how that will be actualised. He argued that many of the items parents are asked to buy for their children are tuition components whose cost should be shouldered by the government. Multiple sources who attended the meeting have intimated that the President did not just take the team’s recommendations but also engaged them and questioned a number of their suggestions, including how they arrived at the data that they were quoting.

During the meeting, it was also agreed that although the learners in JSS will be hosted in primary schools, the curriculum is essentially for secondary school.

“JSS is secondary, only that they will share a compound with the primary school. It will have its own teachers and later even its own principal, when properly constituted,” a source told Sunday Nation. “This is the first step towards enhancing day schooling in Kenya.”

Where there exists a secondary school adjacent to a primary school, there is a possibility of the two sharing facilities and both JSS and secondary headed by secondary principal. The Teachers Service Commission (TSC) will come up with guidelines on teacher deployment and management.

To operationalise the changes, government expenditure on education is likely to increase from next year, as there will be five secondary school classes instead of the usual four. The government allocates Sh22,244 per learner as capitation. The additional Grade 7 class will have about 1,280,000 learners. The capitation for primary schools is Sh1,420 per learner and was last reviewed in 2010 despite inflation and rising cost of living. During their submission to the PWPER, the Kenya Primary School Heads Association proposed that the figure be increased to Sh8,546. It estimates that of the total amount, Sh1,124 will be spent on CBC instruction materials.

The State House meeting also agreed that because the JSS curriculum is secondary, during the recruitment of the 30,000 teachers, priority will be given to unemployed teachers who have qualifications to teach in secondary schools. These are those who hold a Diploma in or a Bachelor of Education.

The TSC is expected to advertise the vacancies this month so that the teachers can report when schools open on January 23, 2023. The commission is also expected to redeploy in JSS qualified primary school teachers with requisite qualifications. It is estimated that 17,000 teachers have diploma and degree qualifications.

The Kenya Kwanza manifesto had promised to employ 58,000 teachers at a cost of Sh25 billion per year in two financial years. The TSC was instructed to come up with modalities on the recruitment. One suggestion is to engage the teachers on a contract basis, instead of permanent and pensionable terms. This would be a cheaper route for the government and yet achieve the required numbers.