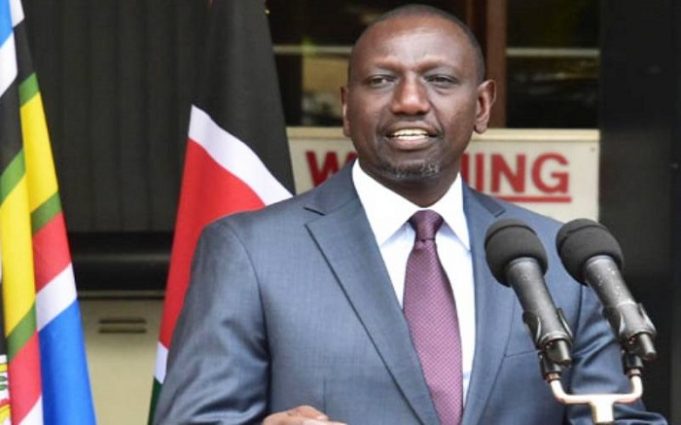 Kenya Kwanza coalition presidential candidate William Ruto is promising ambitious education reforms that will see increased funding to the sector, employment of more teachers, construction of more learning institutions and a review of the curriculum, in the event he wins on August 9.

In the “Education Charter” to be launched, the Deputy President promises to overhaul the education sector, from early child-hood development and education (ECDE), to primary and secondary schools, tertiary institutions and universities.

If implemented, the reforms are likely to stretch the education budget to nearly double the current spending. Currently, the government funds the education sector at 25.9 per cent of the Budget among the highest in the world. In the 2022/23 Budget, education has been allocated Sh544.4 billion. Kenya Kwanza promises to increase funding for the free basic education programmes currently offered in both primary and secondary schools, while allocating more funds to implement quality education from ECDE to university.

“We commit to ensuring education parity is at the core of the bottom-up system of governance. To this effect, the Kenya Kwanza administration will work to-wards strengthening day secondary schools to guarantee access to quality education and reduce the cost of education,” reads the Kenya Kwanza manifesto.

The coalition notes that currently,72 per cent of learners in secondary schools are in day programmes. Dr Ruto proposes to establish a national education fund to mobilize and manage all education grants, bursaries and scholarships from private and public sponsors to pay for non-tuition costs. Although the Free Primary Education (FPE) and the Free Day Secondary Education (FDSE) are operational, parents meet the cost of uniform, boarding fees, meals and transport.

The DP has gone slow on earlier pronouncements by his coalition that they would abolish the competency-based curriculum (CBC) and revert to the 8-4-4 system. He promises further public engagement, with a view to instituting reviewing the curriculum, whose implementation is at Grade Six. “We commit to continue our robust engagement with the public to facilitate assessment of the current curriculum and education structure towards finding a sustainable solution that will capture the essence of knowledge-based system while integrating 21st century skills, competencies and value-based education,” reads the education charter.

The alliance also promises to review the current knowledge-based system of academic progression, which uses cutoff points during transition from one level to another to embrace alternative entry criteria.

A similar assessment system has been proposed for junior and senior secondary, according to a report by a task force appointed to deliberate on CBC.

In his ambitious plan, Dr Ruto promises to fully bridge the current teacher shortage of 116,000 within two financial years by employing 58,000 teachers annually at a cost of Sh25 billion a year. There are over 300,00 trained but unemployed teachers in the country for primary and secondary schools.

We commit to ensure that government initiated in-service training, including Teacher Continuous Professional Development, is undertaken at the government’s expense”

As part of the goodies, they promise to provide free sanitary towels for primary and secondary school girls, ensure 100 per cent return to school policy for teen mothers, build low cost boarding schools in arid areas, double the money for school feeding from Sh2 million to Sh4 million, provide grants to county governments for ECDE learners and ensure leaners and teachers in insecurity prone areas are safe The DP proposes to increase the number of vocational training centres (VTCs),technical and vocational education and training(TVET)institutions and public universities,” Kenya Kwanza will allocate conditional grants to county governments within its first one year to ensure that in addition to the existing 1,200,we will construct 250 VTCs in wards that currently do not have

He promises to work progressively to ensure that each of the 47 counties has a public university, according to the University Act (2012), which provides tor the establishment of at least one university in each county. The alliance intends to ensure universities focus on their comparative advantage in their training.

“For example, the universities in Mombasa should have courses that focus on the blue economy while those in Turkana will have mining and extractive courses”

Further the DP will increase the number of technical universities from the current three to eight across the eight regions, with cache serving as a regional incubation and innovation centre. He also plans to set up a national open university to increase access and reduce the cost of university education and implement a 100 per cent transition to higher education institutions.

They further plan to link TVET to universities to develop a credit transfer framework to support academic progression, increase capitation for both university and TVET and restructure the Higher Education Loans Board (Helb) to offer interest free loans.

Dr Ruto is further pledging to address the current financial crunch in public universities by putting in place legislative, policy and budgetary measures.

The plan intends to amend the Universities Act, 2012 to allow transfer of managements of universities, including hiring from the public service.