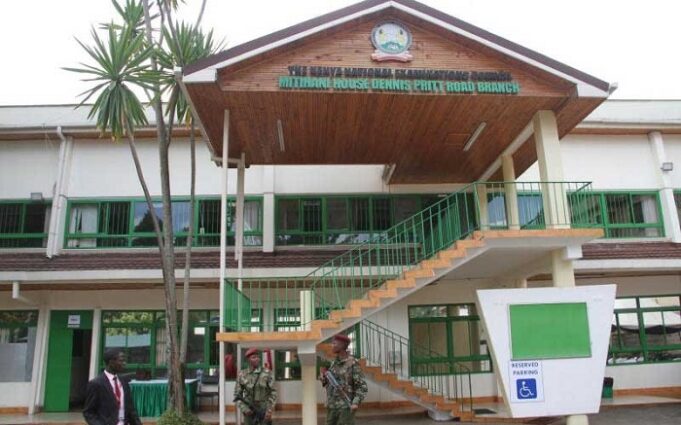 A Knec official has revealed that CRR paper one examiners who boycotted the marking exercise at st. Francis Mangu secondary school must be face the law. The officer, who spoke on condition of anonymity questioned the motive of the strike, saying the teachers signed contracts, and read through the terms.

“We will do our own investigations as a council, and everything will follow due process,” the source said.

“Within the contract they have their obligations and we have ours. In any contract an individual has the option to opt out,” he added.

He said the contract takes in the teachers as contractual professionals to mark national examinations.

The agreement signed by the teachers includes amount to be paid, duties of the teachers, and Knec’s role.

In an official statement on Tuesday, Knec declined to meet the demands made by the CRE Paper 1 teachers.

A statement by KNEC chairman Julius Nyabundi clarified that the initial agreement cannot be adjusted midway.

“Since the issue of the examiner’s marking fee is an individual contract, and agreed to before reporting to a centre, the council found it impossible to find an extra budget to revise the rates midway,” Nyabundi said.

The council further asked teachers who wished to proceed to mark the papers to stay.

Those who did not wish to proceed were allowed to clear from St Francis Mangu High, but later, all the examiners were ordered out.

“In the meantime, the Council has invited trained examiners from its database to ensure the smooth progress of the exercise,” he added

The national exams agency has hired a new set of teachers to mark CRE Paper 1 after the initial group of examiners staged a protest that disrupted marking.

The teachers said they could stage a total boycott of marking KCSE exam papers if their demands are not met.

The Kenya National Examinations Council took the decision on Tuesday night after a number of examiners, unhappy about the Sh55 per paper payment, staged a protest at St Francis Mang’u High School.

A source at Knec said retired examiners were contacted on Tuesday evening and asked to report to the marking centre to meet tomorrow’s deadline for completion of marking.

So far, all the examiners have been asked to leave the centre.

Inside sources from the CRE marking team, team leaders and a few other officials are still in school, marking the papers.

By Tuesday evening, about 500,000 CRE papers had not been marked.

“All the other teachers checked out, I am among the ones who remained and we are here struggling with the remaining papers,” a teacher revealed, before all those who remained were ordered to clear with the hostels and vacate immediately.

But the teacher is hopeful that Knec is soon going to fill up the blank slots left by the striking teachers.

Misori said the concerns raised are part of the issues facing teachers in other marking centres.

“The teachers have said enough is enough, we will develop unspecified actions in future,” Misori said.

He said the union will soon call for a total boycott of marking KCSE if their demands are not met.

“Rather than address these long-festering challenges, KNEC has doubled down on the malpractices. This year, the Council is running an authoritarian work schedule where examiners work from 4am to 10pm,” he said.

Attempts by Education CS Ezekiel Machogu at Mangu High to calm down the teachers failed as he was allegedly shouted down.

TSC chief executive officer Nancy Macharia was also among education officials who visited the school to calm the situation.

Teachers had earlier demanded that the current Chief Examiner be removed.