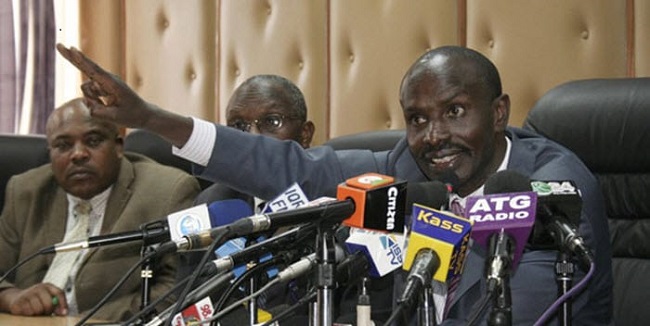 Teachers have felt a sigh of relief this week as their employer, TSC, sent its proposal for the collective bargaining agreement to the SRC for approval.
The teachers’ service commission, TSC , proposes an increment of between 16 percent to 32 percent on the teachers’ basic salaries. In this proposal, ordinary classroom teachers, especially in lower job group cadres (B5-C3), are the biggest beneficiaries since the 2017-2021 CBA was a raw deal to them. School administrators and those in higher job groups (C4-D5) are only entitled to an increment of between 16 percent to 22 percent. This is after TSC realized that they erroneously benefited from the just ended previous CBA, yet most of them do not belong to the unions. Their counter parts in job groups B5-C3 are entitled to an increment of between 22% and 32 % of their basic salaries.
TSC further proposes an increment of 10 % and 20 % on house allowance and commuter allowance respectively. According to the proposal that was whole heartedly welcomed by SRC and majority of classroom teachers, the annual leave allowance is set to increase by 20%. Hardship allowance however stagnates at the current rates.
If the SRC approves this CBA proposal, then teachers should prepare to smile all the way to the bank beginning July 2021, in a phased implementation that will run up to 2024.
However the TSC presented her proposal minus a proper agreement with the teachers’ unions, KNUT and KUPPET. In the last meeting TSC had with the unions, KNUT proposed an increment of between 120 % and 200 % while KUPPET proposed an increment of between 30% and 70% on the basic salary. KNUT , through her secretary general Wilson Sossion , has distanced herself from the TSC presentation to the SRC, claiming she was not consulted.
Knut roots for an increment of 50% on the house allowance and commuter allowance and a leave allowance equivalent to a single month’s basic salary.

KUPPET is determined to see new allowances on teachers’ payslips. These include: township allowance and post graduate allowance. TSC is however opposed to this.