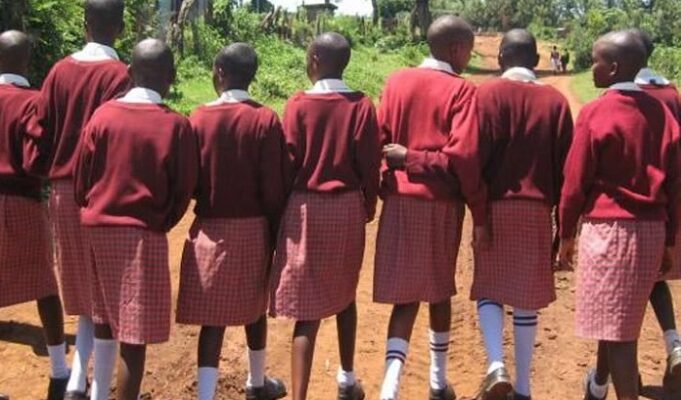 Among the new HIV infections released by the government today, Children of school-going age have the highest statitistics.  Young girls are the most affected victims.

This year The National Aids Control Council (NACC) has recorded 21,404 new HIV among school going children, statistics that exceed half of the total number of new infections recorded in the whole country.

Our Creditors Are On Our Necks: Carpenters Tell Magoha, Demand Their Pay

Those aged 15 years and above recorded 34,610 new infections, with 6,806 cases documented among children aged 14 years or below.

Finer details reveal that among school-going age brackets, 6,247 new infections were recorded among children aged 15-19 years. Of these new infections, 5,254 are girls and 993 boys. Majority in this age bracket are children in primary and secondary schools.

Additionally, 8,191 new HIV infections were recorded among youth aged 20-24 years. 5,166 of these are girls, while 3,014 are boys, mostly in universities and colleges.

Children who join schools in Standard One aged between five and six are expected to sit KCPE after eight years aged between 13 and 14. They are further expected to pursue secondary education between ages 15 and 18.Age 19 to 23, these children should be in universities and colleges pursuing various courses. At between ages 24 and 29, they should be employees and entrepreneurs, yet most of that age group are already Victims of HIV.

Only 12,923 new infections were recorded among Kenyans of ages 30 to 60 and 593 among Kenyans aged between 61 and 79. The new HIV infections in the age brackets of schoolchildren but also creating hopelessness among parents, who are determined to see their children serving the country in various capacities in future. The new cases are projected to rise further due to prolonged school closures.

According to Heads in primary and secondary schools, civic education and sensitization initiatives on HIV have greatly reduced in most institutions.

“Generally Kenyans dropped their guard and thought that this disease had subsided, and this has led to many new infections rising among children,” said Kahi Indimuli, Kenya Secondary School Heads Association national chairman.

“Parents seem to have left everything to teachers and this has exposed the children to these infections,” added Mr. Indimuli.

Education activist Muthoni Ouko, however, said the stay at home had been long, noting that this might have contributed to a big part of the infections.

“Parents have to work to fend for their families and in the process, they may not always monitor their children’s movements and this is the lapse that leads to infections and social ills,” said Muthoni.

“Children are spending more time at home now and so if some schools also relax the practice, then children are exposed,” said Mr. Gathemia.

National Parents Association Chair Nicholas Maiyo said parents might have abdicated their roles, but added that the prolonged school closure could have also contributed to most infections.