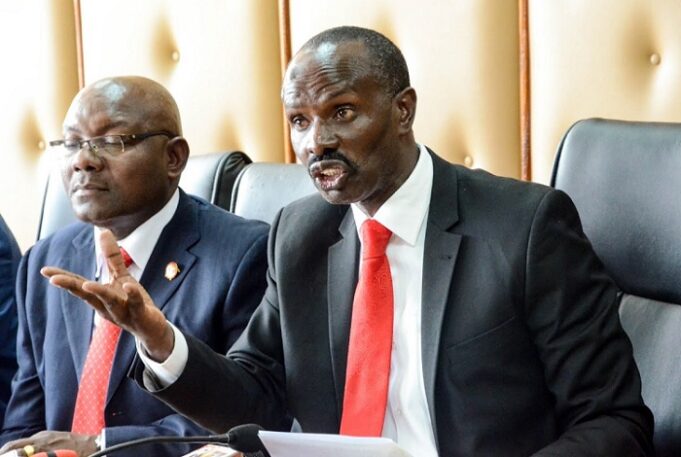 Former Knut secretary general Wilson Sossion has alleged that Former Education CS for Fred Matiang’i was glorified for the wrong reasons during his tenure.

Speaking during an interview with Citizen TV, Sossion said Matiang’i developed a culture of destruction in the education sector through his policies.

“Matiang’i was glorified while he developed a culture of the destruction of our students through his policies,” he said.

He also claimed Matiang’i policies were geared towards constricting the transition of students to the university.

“The policy was meant to deliberately constrict the transition of student to varsity. When we have a reduction of numbers of As from 3,000 to 1,146, really? What is the purpose of exams? We are destroying our students with the grading system,” he said.

Sossion further said the government must have an in-depth discussion about the purpose of national exams.

“We must discuss and debate the purpose of National exams, we need to know that exams are there to facilitate the transition,” he added.

Peddle Allegations Against Kisii and Nyamira Schools at Your Own Risk, Machogu Warns

All 2022 KCSE Candidates With C+ and above to Join University

Sossion said the transition of students into university is still low, adding that it should be similar to what happens for primary pupils when transiting to secondary schools.

He also lauded the examination system in the country, saying it is of higher quality.

“If we do a comparative analysis, Grade C in Kenya is automatically Grade A in Botswana, we are running a very high examination system.”