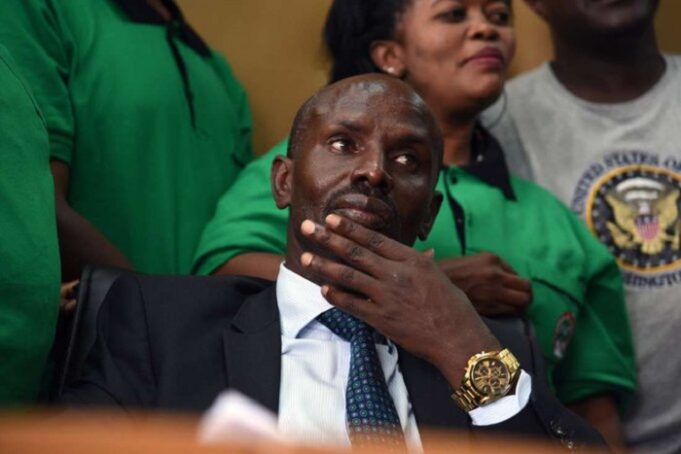 KNUT secretary general Wilson Sossion, has told the teachers service commission to stop painting a picture of mass exodus of teachers from Knut since KNUT’s register of members is still intact.

Judging from the voting patterns across the country, Sossion expressed confidence that KNUT still has members and hinted that KNUT would call strike soon just to test the strength on the ground.

We Are Hunting For The Sex Pests And None Will Go Scotfree: Kipsang

To recover KNUT’s finances, Sossion has directed the newly elected branch officials to ask members to make direct contributions to its accounts, in a move to save KNUT from collapsing.

During his address to Vihiga teachers and the incoming KNUT Vihiga Branch officials, the no surrender SG said that the new form of contribution will be done through signing standing orders with banks to enable cash flow from March. He urged teachers to start giving their union dues through the bank.

In the last one year, TSC has shrunk Knut dues from over ksh. 142 million to a meagre ksh32 million, with Mr. Sossion now saying the standing orders to be overseen by branch officials will save the union from financial agony.

“As you go to class, ask yourselves whether your union is safe. Without a union, you will suffer. The only thing TSC succeeded in doing is to remove the Knut check-off but not the heart of teachers,” Mr. Sossion

Sossion observed that the big turnout of teachers is a sign that Knut’s membership is still strong contrary to reports that the union is limping.

“We stopped receiving union dues a year ago, but despite the dried coffers, the union has managed to conduct elections,” said Mr Sossion.

He regretted that the union fought to create TSC, which has now turned against it.

“The voice of the teacher is so important and it is made through Knut. This must be respected and TSC must hear this,” said Mr Sossion.

He observed that a strong union is not bad for the government but a reflection of a strong education system.

He further warned teachers to be weary of plans to kill the union and convert them into slaves.

“Those who thought they will kill Knut, they will themselves die before it dies. The union was formed during the colonial era and I wonder who in 2021 would want to kill Knut.”