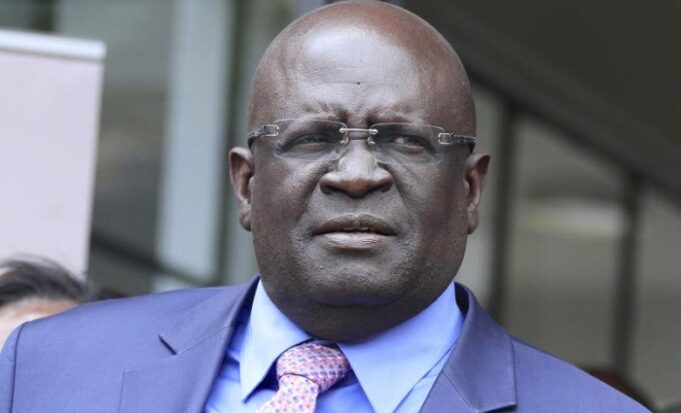 Education Cabinet Secretary George Magoha has demanded that the Kenya Union of Post-Primary Education Teachers (Kuppet) withdraw its strike notice and reschedule on a later date if it has to be there.

According to Magoha, the looming teachers’ strike will disrupt the Kenya Certificate of Secondary Education (KCSE) and the kenya certificate of primary education (KCPE) examinations.

Speaking in Kericho, Magoha argued that strike notice issued by KUPPET was ill-timed and that Kuppet should not use the candidates as pawns in its wars with the government.

“Though teachers, through the union, have a democratic right to issue a strike notice, it should not use candidates as chess pieces. We plead with Kuppet to withdraw the strike notice,” he said.

Magoha added: “If it wishes, the union can issue a strike notice after the candidates sit their national examination. It will then be fair game for learners.”

Even then, the Education CS maintained that the KCSE examination will go on as scheduled.

The CS, nonetheless, asked the TSC board led by CEO Nancy Macharia to continue engaging the teachers’ union over their demands.

Speaking after opening a Competency-Based Curriculum classroom at Poiywek Secondary School in Ainanmoi constituency, Magoha expressed confidence that the construction of 10,000 CBC classrooms across the country will be complete by July.