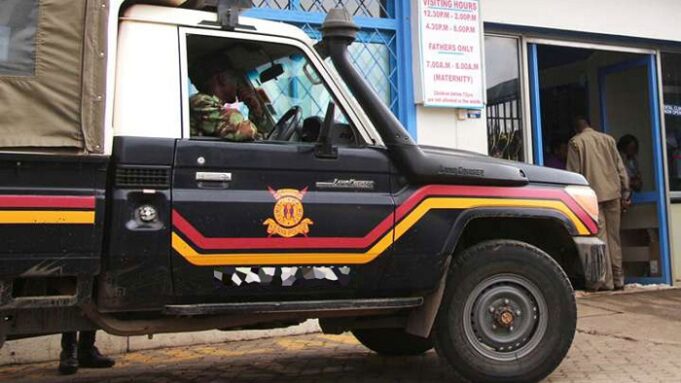 Two students were admitted at a Kilgoris hospital, following a fistfight pitting students from two schools in Transmara, Narok county.

In a statement issued on Tuesday by the DCI, the students were part of a group of five schools that had converged at Poroko Secondary school for a live set books performance.

“Trouble began when the teacher on duty Fred Machokaa, spotted some boys from Kilgoris boys school in a compromising situation with one of his female students,” the statement said.

KNEC: We Must Asses Coding Syllabus Before KICD Introduces it in Schools

Upon urging them to disperse, the disgruntled students resolved to attack him, prompting students from Poroko to come to the aid of their teacher.

Chaos broke out as students from the visiting school began throwing plastic chairs and rocks at their hosts, leaving three students seriously injured and property of unknown value destroyed.

Officers based at Kilgoris Police Station had a  difficult time containing the riotous students during the Sunday, 5pm incident.

Two students who suffered head, neck and chest injuries were admitted at a private hospital in Nyangusi, while a third was treated and discharged at Kilgoris sub-county hospital.

DCI said the three students are aged between 18 and 21 years.

Among the property destroyed was a school bus belonging to Poroko, window panes in one of the dormitories and plastic chairs.

Investigations into the incident are still ongoing.

The Directorate has since advised students to be mindful of the sacrifices that their parents are making under the prevailing economic hardships.

They are further advised to ensure that they remain in school and get the knowledge offered.