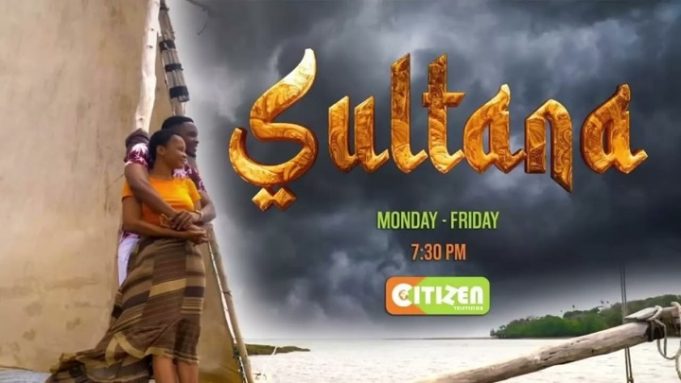 Sultana is the most recent program airing on Kenya’s Most famous TV channel, Citizen TV. Sultana stars Lolani Kalu playing the ‘Babu’ character as one of the actors. Lolani Kalu is a long-time journalist who retired as a news reporter on NTV. He is officially back on our screens as a thespian.

The program had its premier edition on Monday, 7th March , replacing Zora, the show that left  a majority of Kenyans in total suspense .  It airs on Citizen TV from 1930hrs to 2000hrs every weekday (Monday to Friday). The fun fact about this new program is that it is also produced by Maria and Zora producer, Jiffy Pictures, a film company owned by Lulu Hassan and her husband, TV news presenter, Rashid Abdalla.

Having been through the award-winning show Maria, then the famous Zora series, fans country wide are demanding perfection on Sultan. Just like Maria and Zora, Sultana Could also keep Kenyans glued on their screens and yearning for more.

On the premiere of Sultana Episode One on Citizen TV, we first encounter a number of actors and actresses who play various roles. What excites many fans is the fact that Lolani Kalu is back on our screens. The setting of the drama series is at the coastal region of Kenya. If you have watched the season premiere of the drama series, I bet you have already identified what the drama is all about – cultural backwardness.

We first encounter Major Jabali who still believes that he cannot have a firstborn child to be a girl as this will be a sign of bad omen. We also encounter Bi. Salama, a midwife who believes that she has been sidelined for not being literate and thus only attends to low class families. Bi Salama was only required when a trained doctor delayed to arrive to attend to Jabali’s wife, Bi. Ua.

Kenyans are already in love with the show especially after having a glance at a teaser of the drama series which aired severally on Citizen TV. Moreover, even more Kenyans will love the show because they will wait to see what Lolani Kalu will have to offer. As the norm of the production company, Jiffy pictures, some movie personalities have been surfacing across various drama series produced by the company. For instance, we have had many actors and actresses who had roles in the Maria Drama series and were given other roles in the Zora series. We consequently expect surprises in the Sultana Tv show.

Here is a full list of Citizen TV’s Sultana Cast, actors, Characters, roles they play and their real names. Click on them to read their biographies and know more about them.