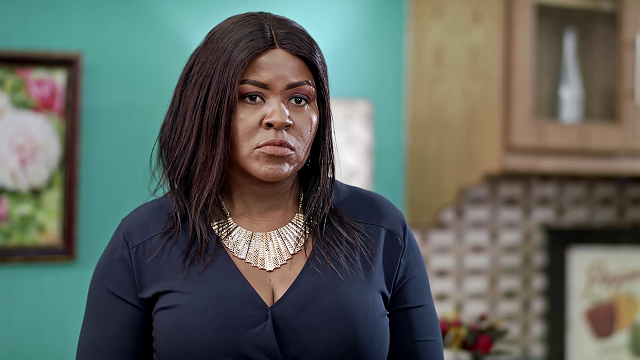 Angie Magio is a kenyan actress Commonly known by her role of Messina in the most famous Swahili telenovela dubbed Selina. What she plays and is famous for is the role of an evil person, or an association with evil acts and things. In the newly aired telenovela, Sultana, Angie Magio plays the role of Fatma

Angie Magio is a proud mother who Hails from Mombasa, Kenya. Despite her stay in the ostal regions of Mombasa, she frequents Nairobi, Kenya’s capital. This is could be because her tight acting schedule requires her to hit the road more often.

Angie has always been into acting. In 2002, she joined SAFE Pwani where she kickstarted her acting career. Within the period, Angie Magio got featured in Kandanda, which was their first short film. This turned out to open multiple doors for her.

At the time, Angie Magio was hoping to be trained as a Certified HIV Counsellor by the time one year elapsed. SAFE Pwani handles issues that affect residents around the Kenyan coast region such as HIV/AIDS, and the need to conserve the environment using film.

In Maza, Angie Magio plays the role of Kate, a wicked and jealous woman who was too envious of her best friend that she transformed her into a cat before taking over her life.

Angie Magio played the role of Messina in Selina. In the telenovela, she is a poor evil mother who lives on a day-to-day basis. Angie Magio is best known for playing evil characters, where she acts so naturally to a point it becomes hard to separate her from her evil character.

Other movies and series where Angie Magio has acted include Sumu, Utandu, and Kadada.

Angie Magio currently plays the role of Fatma in Sultana which airs every weekday on Citizen TV (7.30 pm to 8 pm).

Angie Magio’s role in Maza secured her a nomination slot in Kalasha Awards for Best Actress in the year 2018.