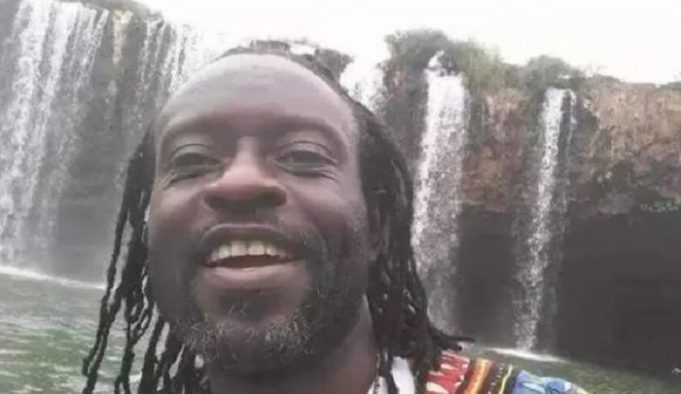 The Kenyan media is very dynamic and can be extremely brutal. While some manage to hold on to their jobs as journalists, others don’t and end up fading out of the limelight. This is the reason why making an unforgettable impact is very important and that is exactly what Lolani Kalu did.

The former Malimwengu host was among prominent journalists who were sacked in 2017 by NTV. He left a  mark that can hardly be forgotten by those who used to listen to and watch him.

The journalist is married and the couple has been blessed with three children.

The Swahili journalist entered the media world back in 1985 when he was 20 years old and just fresh from high school. His first gig was with Sauti ya Kenya where he translated and wrote news. He was to later join the Kenya National Theatre where he became a full time actor performing in set books. Lolani Kalu is currently acting on citizen TV’s Sultana as Babu.

He joined NTV in 1999. He was a star Swahili news anchor who presented news with such wit and confidence. While mainstream media focuses on politics to sad stories, Lolani chose to focus on human interest stories. For him, it was going out there and finding stories that are able to touch the lives of the people.

The former NTV news anchor produced and presented the segment ‘Malimwengu Na Lolani Kalu,’ which focused on people’s lives. The segment was well received thanks to the poetic way he presented his stories. .

According to a 2018 article on Business Today, Kalu was the founder of Safari47.org. This was established as a way to identify, nurture and develop raw talent identified in 47 counties in Kenya.

Unfortunately, the Kenyan media industry is unpredictable and most lose their jobs in the blink of an eye. In 2018, he was retrenched alongside other journalists despite having worked for the station for close to two decades.

Upon leaving NTV, he went back home to Kilifi to take care of his aging mother, disappearing from the radar until a social media user inquired of his whereabouts.

Recently, Ahmed Mohammed (Asmali) thought of the former journalist and sought to find out where he went. Upon finding him, Asmali shared on Twitter that he was undergoing a tough period and called on Kenyans to help him.

“ Few days ago I asked about the whereabouts of journalist Lolani Kalu. Today Chief Inspector Siyat of Kaloleni station has found him. I have spoken to Lolani. He is going through hard times and seeking for your help…” read part of Asmali’s message on Twitter as he went on to share Lolani’s contact details.

In an article published on news outlets, it was revealed that his problems started when someone conned him out of the money he had been planning to build a house with. He shared with the media of his tribulations in the hands of the rogue contractor:

“I have been focusing on stories of arts and culture which is my passion, my struggles started when someone conned me around Ksh. 1.5 million. I was just a bout to build a house when he conned me.

“I did some job with a company, but again they did not pay me my dues. That, coupled by the fact that I had a sick dad to cater for really dented my pockets…”

He also started a production house which was not successful. This coupled with the fact that he had a father who was very sick, put a lot of strains on his finances. The article revealed that he just wanted to assemble a production house so he could do what he loves the most, TELL STORIES.

His plea to Kenyans to help him raise kes250,000 to buy equipment to revive his career was well received by Kenyans. Lolani shared:

“I would appreciate if I can get Ksh200,000 for a camera and sound equipment and Ksh50,000 for a computer that would enable me to edit the footage I would have shot”

This saw him raise over kes200,000 after posting the appeal.

“Honestly, I am overwhelmed by Kenyans’ support. I lack words to express my gratitude to the well-wishers from far and wide, who have sent whatever they had to my cell phone line via mobile money. Many contributed between Ksh50 and Ksh100. Collectively, they’ve so far sent me slightly over Ksh200,000, which I will use to buy a camera and sound equipment”

The journalist has rubbished claims that he wasted his money on alcohol:

“And, before I forget, I have heard people alleging that I wasted my money on alcohol; no, I am not a drunkard. My money got exhausted the same way it can for any other Kenyan who has a lot of responsibilities loaded on his or her shoulders…”