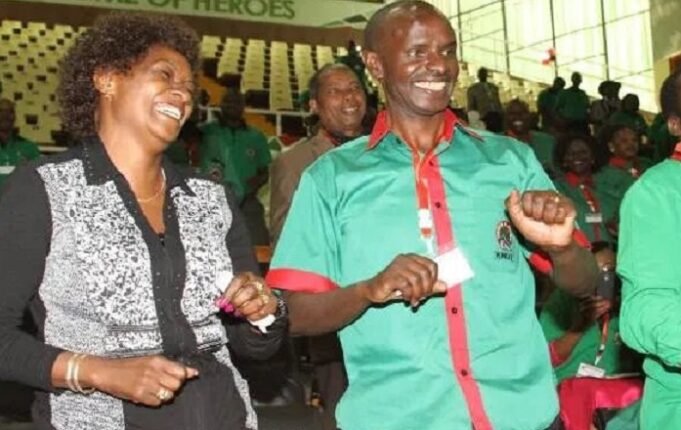 The Kenya National Union of Teachers, KNUT, has lifted the strike notice it issued to TSC a fortnight ago, following a fresh salary deal.

Through a writing, KNUT SG Wilson Sossion informed TSC on Friday, that KNUT has withdrawn its earlier notice of a looming strike.

“Note that we had already registered a trade dispute with the Cabinet Secretary, Ministry of Labour. However, based on the commission’s response citing the process of concluding internal consultations with SRC, we hereby retract our letter to the CS and urge that you give strict and clear timelines of undertaking the salary negotiations.” reads the letter in part.

Sossion wrote this letter in response to the letter KNUT received from TSC, requesting KNUT to stop unnecessary propaganda as TSC engages with SRC over 2021-2025 CBA.

“In our said letter, we reiterated both the national and International framework for public sector CBA negotiations specifically the constitutional requirement to obtain an advisory opinion from the Salaries and Remuneration Commission (SRC) and to exhaust internal consultation with relevant Government agencies prior to commencement of negotiations,” reads the TSC letter to KNUT.

TSC is currently engaging SRC in consultation with regards to the 2021-2025 CBA, after which it will meet the unions to table its report and engage in further negotiations.

“The above position is in tandem with the decision of the Court of Appeal in Civil Appeal No. 196 of 2015: Teachers Service Commission (TSC) Kenya Union of Teachers (KNUT)& 3 others(215] The Commission is in the process of concluding internal consultations with SRC as per the law to pave way for the negotiations,” continues the letter.

The TSC 2021-2025 CBA counter proposal that is being negotiated with SRC also proposes a 20% increase in house allowances, commuter and leave allowances. SRC has however maintained that no increase will be made on the allowances due to the increased wage bill.

However, sources have it that the salary deal negotiations are going on pretty well and that is what has convinced KNUT to withdraw its strike notice.