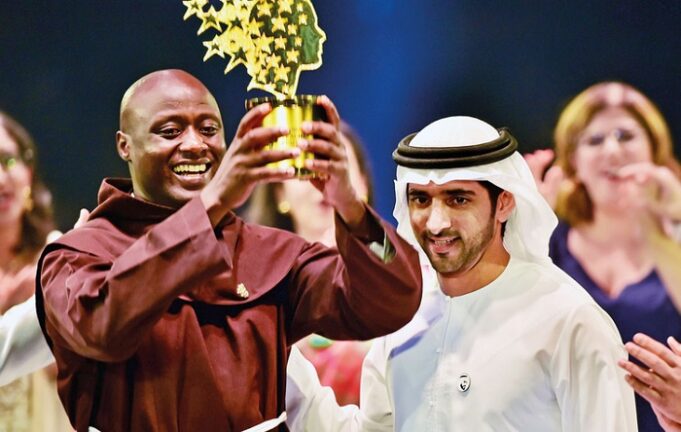 The Varkey Foundation, in a statement, announced that Mr Tabichi has joined actors Ashton Kutcher and Mila Kunis as well as sporting heroes Zach and Julie Ertz in becoming members of the judging panel that will pick the winner of the new Chegg.org Global Student Prize.

According to the foundation, Mr Tabichi, a science and mathematics teacher, met the threshold of having a history of mentoring his students in their studies or careers, having campaigned for student issues and having expertise in education and young people.

“Peter Tabichi, who donates 80 per cent of his salary to the poor, helped turn lives around at his school, mentored his pupils to win national and international science and engineering fairs.

“By making his students believe in themselves, Mr Tabichi dramatically improved their achievement and self-esteem, doubling his school enrolment over three years and boosting the numbers going on to university,” read the statement.

TSC Lines Up 1000 Promotions For Teachers

The $50,000 Chegg.org Global Student Prize award is a sister award to the Global Teacher Prize and aims at creating a powerful new platform to highlight the efforts of extraordinary students throughout the world that are making a real impact on learning, the lives of their peers and on society beyond.

The applications and nominations for the award were closed on Sunday.

The Global Student Prize Academy will pick the ultimate winner of the Sh5,000,000 award, who will be announced at a live ceremony in Paris in November.

While accepting the nomination, Mr Tabichi said the students’ prize will help give a voice to the African learners to help them tell their stories as well as showcase their great potential.

“As a frontline teacher in Africa, I have been privileged to witness the promise of the continent’s young people, their curiosity and talent, their intelligence and belief,” stated Mr Tabichi.

He then went on to land an ambassadorial role when he was appointed as the Dettol Soap hero brand ambassador for 2020.

He later proceeded to bag another international award in 2020 after being conferred the 2020 Ahimsa Award by the trustees of the Institute of Jainology in London.