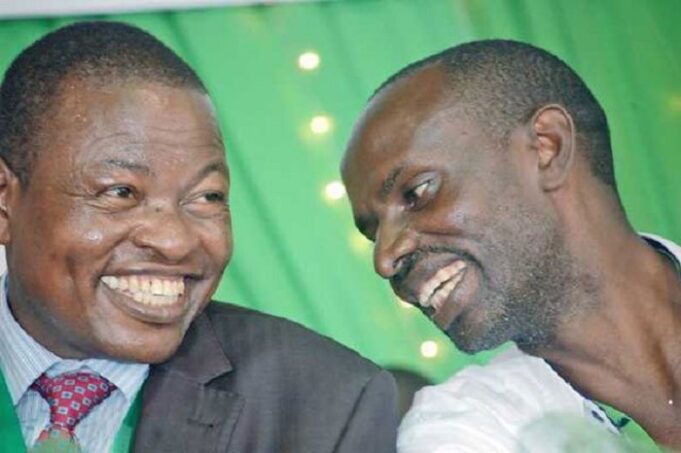 There exists a stalemate between the government and teachers over the 2021-2026 Collective Bargaining Agreement (CBA).

This was sparked by the Treasury Cabinet Secretary Ukur Yatani’s failure to factor in teachers’ salary increment in the Budget.

With the current CBA expiring on June 30th, no cash has been allocated to finance the 2021-2026 CBA, despite the Ministry of Education being one of the biggest beneficiaries in the 2021/2022 financial year budget at over Sh588 billion allocation.

List Of Nominees For KUPPET National Governing Council And Committees

With about two weeks to the lapse of the 2017-2021 CBA, and stalled negotiations between the teachers’ union and the Teachers Service Commission (TSC), the Kenya Union of Post Primary Teachers (Kuppet) has issued a raft of demands to the government to meet before the end of the month.

Kuppet Secretary-General Akelo Misori on Thursday announced that teachers expected nothing short of salary increment to cushion them against inflation and the burdens of increased workload under the Competency-Based Curriculum (CBC) coupled with a biting teacher shortage.

The union’s governing council demanded that the TSC make a counteroffer to teachers on the memorandum of demands for the 2021-2025 CBA without further delay.

“This demand is made on the understanding that the remaining time to expiry of the current CBA is still sufficient for the two parties to come to an agreement,” said Misori.

The unions are pushing for the implementation of the four-year agreement as it gives more focus on the true worth of teachers as the country transitions to a new education system that subjects them to more work.

If the proposals are implemented, teachers will ‘reap big’ after getting a raw deal in the previous CBA that focused more on school managers.

Kuppet also demanded the Salaries and Remuneration Commission (SRC), the Treasury, and TSC make public all correspondences touching on teachers’ salaries since 2018, adding that they decidedly supported the union’s demands for teachers’ salaries review.

Failure by the Treasury to factor in funding for the new CBA is likely to cause a stalemate pitting the unions and the employer.

“The union makes it clear to government organs that not having a new CBA in place by July 1, 2021, would constitute gross negligence and abdication on the government’s part,” said the union representative.

In the national budget for the next financial year, TSC was allocated over Sh281.7 billion, taking the lion’s share of the total budgetary allocation for the Ministry of Education. The commission was granted another Sh2.5 billion for recruitment of teachers but the money meant to cater for the new CBA was not factored in.

The new CBA seeks to recognise the teacher’s leadership and technical role in the realisation of the CBC within and outside the classroom, which had been ignored in the evaluation tool previously used by SRC in crafting teachers’ job descriptions.

SRC chairperson Lyn Mengich had issued a statement early this month indicating that they were still on with the CBA negotiation process and that the commission was looking into submissions made by the TSC regarding teachers’ proposals on salary review. The commission had pledged to communicate by June 20.

The unions are now decrying the delay in the negotiation process.