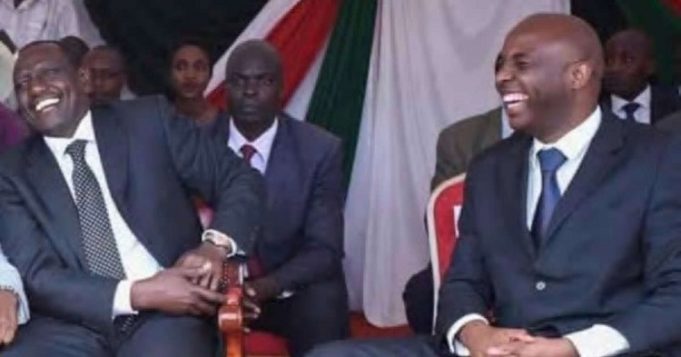 Teachers To Get Higher Salaries If They Support UDA

Deputy president William Ruto’s United Democratic alliance has pledged to significantly raise teachers’ salaries should teachers support the party towards formation of the next government.

Ruto, who has been advocating for bottom-up economy and enriching the low class in the Kenyan households, has finally succeeded in confining teachers within his hustler society.

Speaking during the 45th Annual General Meeting of Mentor Sacco in Mumbi grounds, Muranga town on Saturday, Muranga Senator Irungu Kangata, who represented deputy president and UDA party leader William Ruto, confirmed that once Kenyan teachers elect in the United Democratic Alliance (UDA) Party to form government, the teachers will have a salary break through since the government will raise their salaries by more than 50%. Reporting his message from Ruto, Kangata said that the issue of salary increment would be considered and be put as a priority.

“Once you elect the UDA party, we will revise the Collective Bargaining Agreement that was done last time for the teachers. If l give you Sh100 after four years, it should not stagnate since costs of living will have gone up like petrol and also bread. It is our position as a party the CBA is supposed at least to beat inflation rate and therefore if teachers put us in power, we will consider the teacher’s salary to be increased proportionate with the rate of implementation of inflation rate for the period of signing of CBA,” said Kangata.

Kang’ata also promised that UDA government will give teachers incentives so as to motivate them and ensure that teachers are empowered.

“Teachers are not supposed to pay for the continuous professional development and TSC should be the one paying just like other professionals; their governing body is the one that pays for their capacity building even for even those who earn little.” said Kangata.