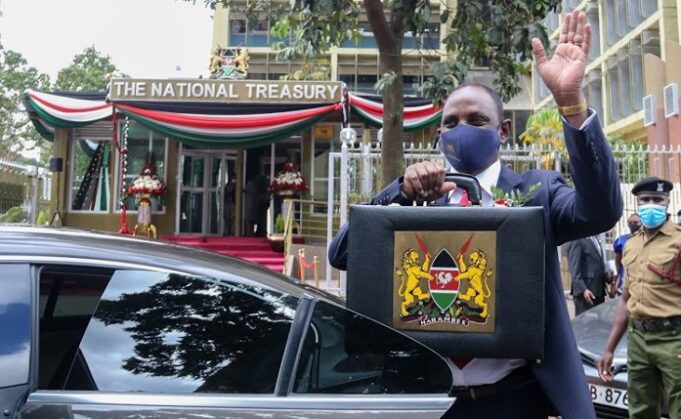 This year’s national budget which will be the last one under President Uhuru Kenyatta will be read tomorrow.

The Budget of Sh3.3 trillion will be read early to allow time for members of Parliament to deliberate on the main component of the Budget which include proposed revenue sources and expenditure plans for the financial year commencing July 2022.

Outlined below is a list of various benefits and areas that teachers will harvest from the budget.

In the budget set to be read teachers will benefit immensely. One of the benefits is salary arrears for category of teachers which TSC said it will pay after the budget.

The Commission says it will pay teachers in grades C4, C5,D1,D2, D3 and D4 because they have not yet attained the maximum salary points provided for in the salary banding as outlined in the CBA 2017-2021.

TSC says it will extend the salary points for these grades starting 1st July 2020.The Commission says it will pay the teachers their salary increment with arrears from the date they attained the maximum salary point to January 2022.

“The arrears will be processed by July 2022 when funds become available,” said the Commission.

Talks to include money component in the CBA 2021-2025 between TSC and teachers unions Knut,Kuppet and Kusnet were suspended. Kuppet’s push to have the talks resume by issuing strike threat also flopped.

Following the collapse of the talks, teachers may miss the usual salary increment which they enjoy yearly after budget as a result of signed CBA’s. Teachers in grades B5, C1,C2, C3 and D5 may not see anything that touches on their salaries.

Money for recruitment of new teachers.

The TSC boss Dr. Nancy Macharia while appearing in Parliament had requested some Sh5.3 billion to recruit 8,000 teachers for the 100 per cent transition.

Macharia also told the Education Committee that it will require Sh1.2 billion to recruit 6,000 interns.TSC said it has been recruiting 5,000 teachers annually to match the increased enrolment in public schools.

Macharia thanked the government for setting aside sh. 2.5 billion for recruiting 5,000 teachers this year.

In budget estimates, Treasury Cabinet Secretary Ukur Yatani had allocated an additional Sh14.9 billion to TSC, whose budget has risen to Sh295.9 billion from Sh281.7 billion in the new financial year.

During the resource sharing at the Sector Working Group,the commission said it was allocated Sh295.9 billion for recurrent expenditure against a projected requirement of Sh310.5 billion.

TSC will receive an extra Sh15 billion for the 2022 -2023 financial year. Initially there were rumours that the Commission will use the additional funds to award teachers a payrise. However TSC refuted the claims. Instead it said it will use the sh15 billion to employ 13,000 secondary school teachers and 9,000 interns to cope with exits and the expected increase in enrolment when junior secondary is rolled out in January 2023.

The Commission said this through a report which was presented to the Committee on Education and Research of the National Assembly by the Parliamentary Budget Office.

The commission also said priorities identified in the 2022/23 budget and the medium term were informed by the 2019-2023 strategic plan and the medium-term plan III of Vision 2030.

During the period, TSC had proposed to recruit 25,000 teachers,out of which 13,000 on permanent and pensionable terms and another 12,000 interns annually for the next three years.

Despite the financing shortfall,the commission said that 15,000 additional teachers were recruited and deployed to support implementation of the 100 per cent transition to secondary school.

Commission further explained that some 5,000 teachers were employed in 2019/20,2020/21 and 2021/22 financial years respectively. Similarly, TSC developed a framework for hiring teachers on internship and 28,300 were recruited.

Money for promotion and deployment of teachers

TSC boss Nancy Macharia told the committee that it will require sh2 billion for promotion of teachers on competitive selection. The Commission has been promoting teachers to various cadres in line with the Career Progression Guidelines(CPG).

Promotion of teachers to administrative grades for teachers in Arid and Semi Arid Land (ASAL) happen on affirmative action. TSC only awaits for funds to confirm school administrators in acting capacity in ASAL areas.

Money for Biometric registration and TPAD and PC exercise

TSC said it suspended the biometric registration exercise which was planned for roll out in March due to lack of funds. “Teacher mentorship and coaching programme requires an estimated Sh50 million while the roll out of a national Biometric Enrolment and Validation of tutors will be done at a cost of Sh342.4 million,” said Macharia in parliament.

Money for other key areas in the sector

The Commission proposed to train Grade Six and Seven teachers in readiness for 2023 when the first CBC cohort will transit to Junior Second a cost Sh2.52 billion. TSC has organized training of 60,000 secondary school teachers in April 2022.

The Commission also made a proposal to automate and integrate its systems for paperless operations at a cost of Sh335 million, roll out of national biometric enrollment and validation of teachers valued at Sh342.4 million but were not financed.

TSC wants facilitation of Sh600 million for gratuity to 3,358 contract teachers in the Northern frontier and construction of additional county office accommodation estimated at a cost of Sh183.6 million.

The Commission has also been seeking funds to implement the new hardship areas following the conclusion of the hardship review exercise and submission of report.