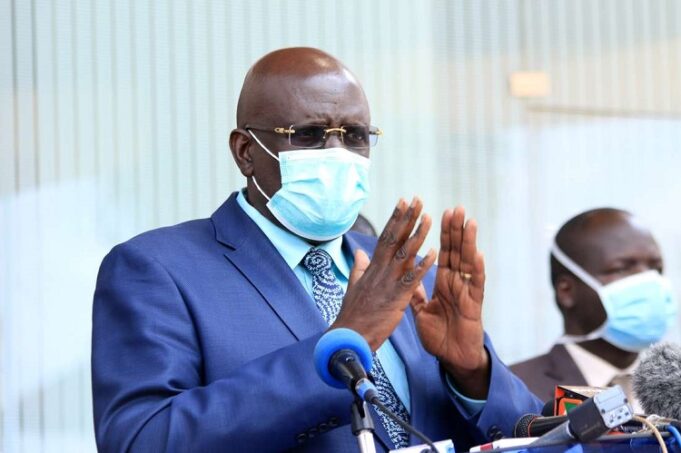 Term Two and Three Syllabus To be covered in ‘Three Months,’ Magoha

Education Cs George Magoha has made it public that no learner will repeat any class upon resumption of classes in January 2021. His statement came a day after President Kenyatta made a state announcement, directing the learners who are currently at home to open schools in January 2021 and not November 2020 as earlier speculated. Schools won’t reopen in November due to a scary surge in covid-19 new infections, which has not spared even the learning institutions. According to the president’s statement, which was echoed by prof. Magoha, grade four, standard 8 and form four learners will remain in school.

Read also: THE DESTINATION OF AGENCY FEES AND HOW TO REJECT AGENCY FEE FROM YOUR PAY SLIP

Additionally, the Cs has ordered all the learners staying at home to resume radio and televised lessons ahead of the January reopening. “The timetable for the rest of learners – Grade 1-3, Standard Five to Seven and Form One to Three, will be reviewed to ensure that no child looses a full academic year that would delay transition,” Said Magoha during his statement at Maragua Ridge Secondary School.

Analysts in a radio broadcast have foreseen a possibility of a very rigorous activity for both teachers and learners in January 2021. They argue that now that 2020 academic year will not go to a waste despite opening in 2021, then it simply means that term 2 and term 3 works of 2020 will be carried forward to 2021. What this would mean for teachers is that they will have to do all it takes to complete term 2 and term 3 syllabuses by end of March 2021.” We must also consider the fact that some schools did not even complete term one work for some students,” said one of the educational analysts.

It is projected that teachers will face one of the most tasking parts in their lives. They will have to go extra miles and sacrifices to complete 2020 syllabus. Though teachers are known far sacrifices, covering a content meant for over 7 months in 3 months is just magical.

Reliable Sources say that the academic plan that Magoha is soon releasing may see the two school terms covered by end of May. This would imply that by June, all learners currently at home will have started a fresh academic year that would claim part of 2022. Magoha however hints that the new academic calendar won’t be so different from the current one, suggesting that exams will still begin in March. What this means is that the new calendar will only affect the learners who are presently at home and not grade 4, standard 8 and form four learners.

“We shall re-arrange the timetable in a way that will ensure learners don’t lose a full academic year after a long break due to outbreak of Covid-19,” Magoha explained. “The examination timetable will be re-looked and made public though not likely to be much different from one that was issued before,” he added.