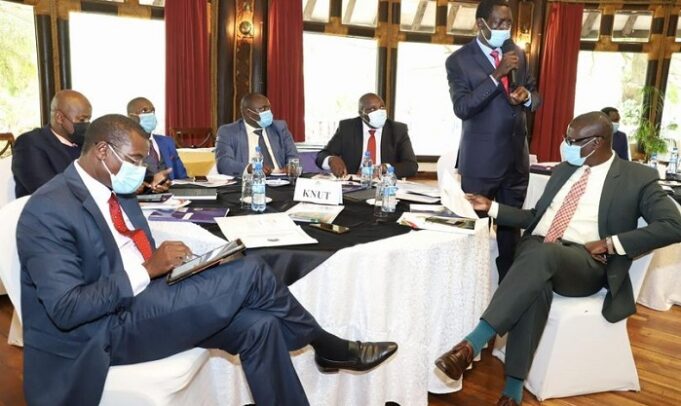 The Fleshy Ksh. 600M consent That Left KNUT With No Choice But To Opt For A Cashless CBA

Kenya teachers have suffered yet another grand disappointment as the teacher unions; KNUT, KUPPET and KUSNET opted for the cashless CBA deal they had rejected with the teacher service commission, TSC.

The unions walked from a day-long meeting with the employer empty-handed after signing a deal that does not guarantee any salary increments.

Though details have it that a cashy CBA will be signed after a year, none of the parties can be trusted. Based on the most current deal therefore, Maternity leave days will be increased to 120 from the present 90, and paternity leaves to 21 days up from 14.

Under the 2021-2025 Collective Bargaining Agreement (CBA) deal, TSC will also consider transferring couples to schools near each other (if both are teachers) subject to the availability of vacancies. These are the only guaranteed benefits for the teachers under the CBA that union officials termed as ‘unfortunate’ and too little for their members.

Unlike for KUPPET and KUSNET, the push behind KNUT signing the empty CBA has been established. KNUT and TSC signed a consent form prior to yesterday’s meeting, which totally weakened the unions’ push for monetary deal, leading to the signing of the CBA.

“The court be pleased to stay the whole judgment of employment and labour relations court in Nairobi delivered on July 12, 2019. The matter is hereby marked as settled,” reads part of the consent between TSC and Knut.

The consent filed before Court of Appeal judges Asike Makhandia, Sankale Ole Kantai, and Pauline Nyamweya unlocked some Sh600 million deducted from its members by their employer but was not remitted.

This over ksh. Accrued union dues was so mouth watering that KNUT could not look back on the feelings of the contributors.

It also meant that the 15,000 Knut members will get a pay raise from the Sh54 billion pay package where they missed the third and fourth phases of the 2017-2021 CBA. The members will also be entitled to promotions that they missed in the previous CBA.

Insiders said that with the consent filed, Knut was eager to pick the quick gains and this presented a major split from Kuppet who had pushed for money offer.

Realising that Knut and the weaker Kusnet would sign the deal, Kuppet yielded to append their signature.

It emerged that Kuppet was also cautions to press on with their hard-line stand as it would erode the good will they have been enjoying with TSC even when Knut was entangled in a bitter fight with the employer.

The new deal also unlocked teacher professional development courses, which have been slated to begin soon.