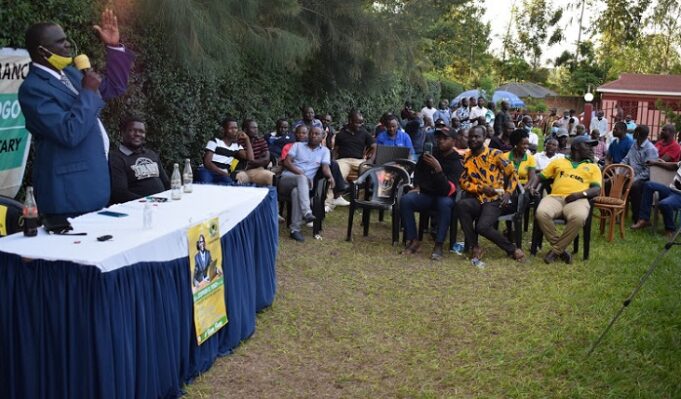 The elections, which were scheduled to start early Sunday morning at GEB Girls secondary school in Kosele town delayed up to about 11:30 am due to complaints by a section of teachers who were supporting particular candidates.

The teachers complained of alleged plans to steal elections in favor of a particular team of candidates, mostly of whom, were the incumbents.

According to the teachers, the irregularities were going to work against their preferred candidates.

The tension heightened at about 1 pm, when a group of teachers arrived at the polling station, chanting anti-election songs and shouting that they could not allow the election to proceed.

They alleged that rigging had already occurred in the election thus it could lead to the disadvantage of their preferred candidates.

Further allegations had it that some candidates were stuffing unauthorized ballot papers into the ballot boxes. Efforts by the election officials to calm them down proved futile.

They went straight into the polling station and got hold of the ballot boxes and discarded ballot papers that had been cast. Teachers who noticed them were infuriated and became unruly.

The result was a fistfight, with each side supporting their candidate. Police had to intervene to disperse the teachers.

Kuppet national organizing secretary Paul Maingi who was overseeing the exercise said they decided to cancel the election after the teachers became unruly.

The election was postponed to an unknown date.

“There were cases of irregularities and the teachers were so unruly that we could not control them,” Maingi said.

He said they are going to deliberate on the matter with the Kuppet national office on when to hold another election.

“We expect to call contestants to the head office so that we schedule a date for another election,” Maingi said.