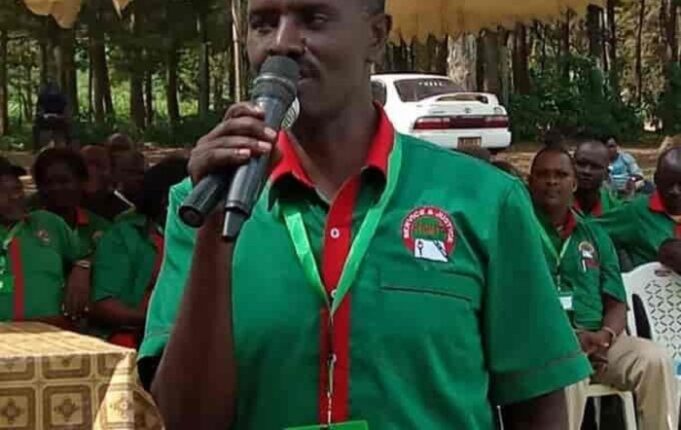 The Kenya National Union of Teachers, KNUT, has threatened to oppose the Building Bridges Initiative should the government fail to restore its membership.

This comes at a time that the union has less than 12,000 members, down from 180,000, a situation that has crippled the operations of the 110 KNUT branch offices countrywide.

“If the government decides to become stubborn on us then we will be stubborn to support the BBI,” Sossion said.

He pledged to mobilize the all teachers across the country to vote against the proposed BBI document.

“We still have our teachers intact even if TSC attempted to deregister them from the union and disabled their two per cent salary deduction to the union through the check-off system,” he said.

The KNUT leaders accused TSC of not only defying the 2017-2021 Collective Bargain Agreement (CBA) but also disorganizing the union.

“TSC should comply with the vitality of the law instead of applying blackmail in its undertaking. The government wants to see me out of Knut so that it can get the chance to frustrate the Kenyan teachers even more.,” Sossion said.

“I can proudly say if that is the reason to remove me to step on the teachers, then I will rather die with them, I am not going anywhere,” he said.

Sossion feels that instead of pushing him away, the government should support him for fighting for the rights of teachers.

He said he will rally behind the teachers until all the selfish and greedy individuals running the government are out.

“I will continue serving the union as well as the parliament the way several of my colleagues do and no amount of intimidation whatsoever shall discourage me from championing for the teacher’s promotions and salary increment,” he said.

Sossion further opposed the delocalization of teachers saying the government should train more teachers and employ them within their localities.

“Delocalization is the major cause of understaffing in some hardship regions like North Eastern and Baringo,” he said.