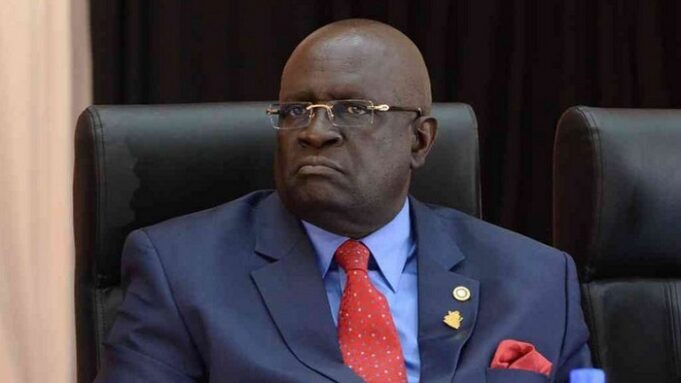 Mr. Sam Opondo, KUPPET Siaya branch executive secretary, has preferred that the no nonsense CS be moved to the ministry of defense since he is militarizing the ministry of education.

These remarks were made at the Siaya county headquarters during the release of Siaya county bursaries. Opondo pled with Siaya county governor, cornel Rasanga, to advise President Kenyatta to transfer the CS to defense ministry if at all he can meet the president.

Opondo feels that Magoha needs to change the way he operates, despite his elevated academic status. Most of the times he has appeared in public, it has been for intolerable deeds.

According to Opondo, the CS should know and understand that those in the education sector are not at war with him and therefore he should respect them.

The CDE attempted to ask for forgiveness but the CS got more annoyed and kicked him out of the meeting. ‘Unaeza enda (Just Go),’ he told the already deesteemed CDE, while pointing him the exit.

In his address to the media shortly after the incident, the CS made it clear that he does not deal with reports but rather deals with outputs.” I have noted that my field officers at the lower levels only follow me when I visit schools,” the CS claimed. He termed such moves as mere public relations, meant to deceive him that serious work is ongoing, yet on the ground, there is nothing to show.