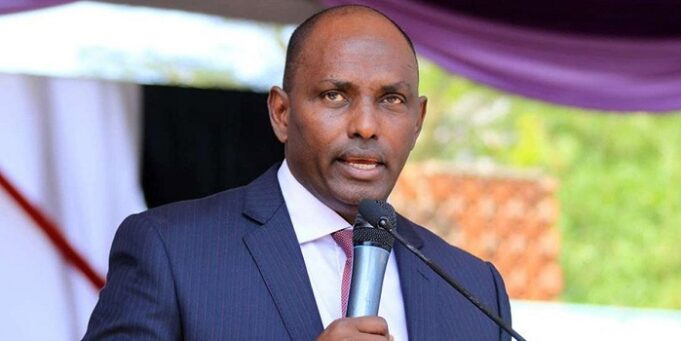 Civil servants and teachers are set for a big disappointment after the government turned down the ksh 68 billion request to finance increment of salaries and allowances with effect from July 1st 2021.

In a new twist of events, the National Treasury has written to the Salaries and Remuneration Commission (SRC), turning down the request that was to avail money for next phase of pay reviews, which for teachers would 2021-2025 CBA.

This comes despite a ksh. 253 billion loan agreement that the government has signed with the International Monetary Fund (IMF) which is aimed at fixing the country’s finances.

It has emerged that the National Treasury officials promised the IMF to substantially cut the government’s wage bill, and rejecting salary increments for teachers and civil servants is the first step towards fulfilling that commitment.

“Controlling the government wage bill can yield the government significant savings which they can use to help protect high priority social and development spending in the context of limited fiscal space,” reads a letter addressed to the IMF managing director and signed by National Treasury Cabinet Secretary Ukur Yatani and Central Bank of Kenya Governor Dr Patrick Njoroge.

“This will be accomplished through continued restraint in hiring and wage awards (including in the 4-year wage agreement that will come into effect in Financial Year 2021/22) and by improved wage bill management,” the letter reads further.

What this means is that all government employees who had a Collective Bargaining Agreement (CBA) and were expecting a salary increment towards July should prepare themselves for a very big disappointment.

KNUT, though secretary general Wilson Sossion, is pushing for ksh. 83 billion, while the treasury the treasury requested only ksh. 68 billion, a request which the treasury has since rejected.

Sources inside the treasury have revealed that the treasury has committed to availing only a total of ksh. 8 billion in 2021/ 20222 financial year towards salary increment for teachers and civil servants.